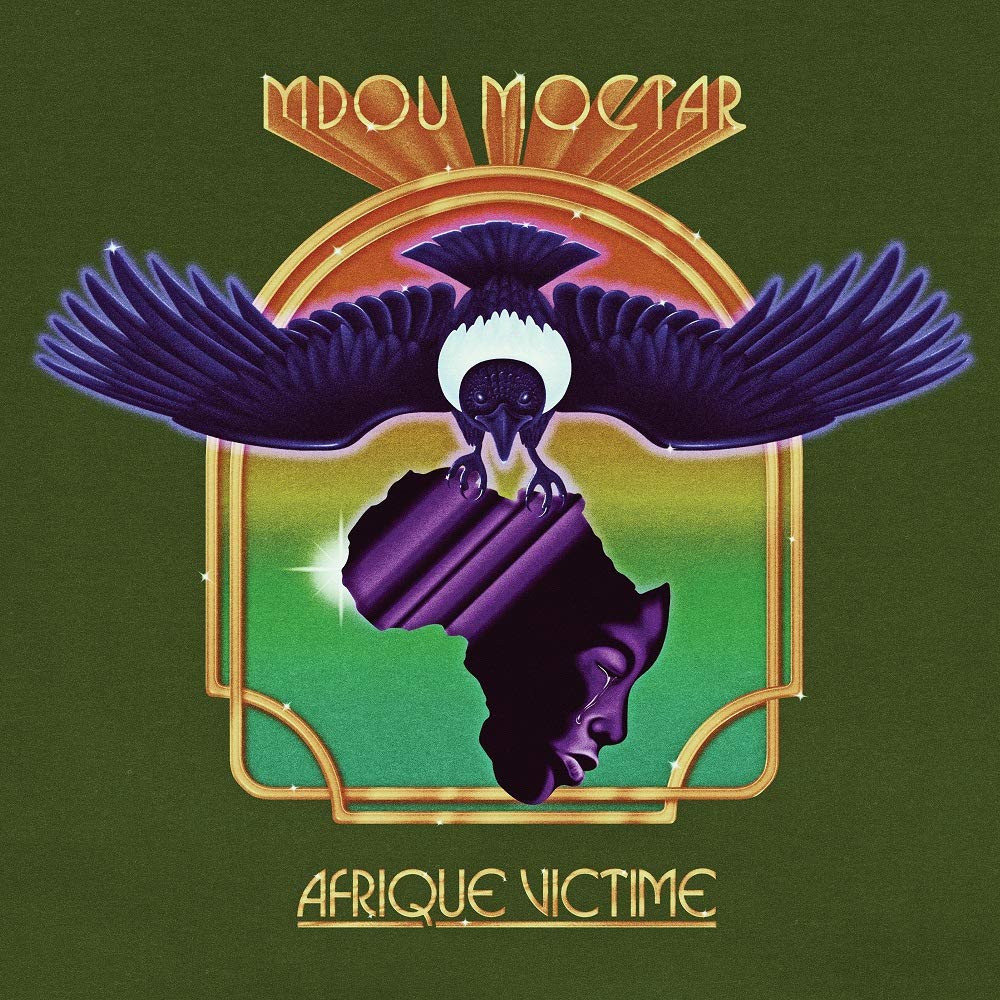 Hailing from Agadez, a small desert town in Niger, Mdou Moctar is an unlikely guitar hero. He initially built a word-of-mouth following when fans started passing his music around by using a cellphone’s bluetooth capabilities. His first proper studio album, 2019’s IIana: The Creator received a heap of praise from U.S. press, most of which highlighted his Tuareg style of guitar playing and drooled over the idea that this self-taught musician could turn up the guitar psychedelia in such a unique fashion. (It’s said that when he was little, he made his own guitar out of a piece of wood and brake wires from an old bike.) Arriving on indie stalwart label Matador, Afrique Victime fully brings Moctar’s field-recording approach and live ethos to the next level. The sound is never over-produced; instead, it feels like you’re experiencing Moctar’s proclivity for spontaneity and improv. Aside from a bit of French in spots, the songs are all sung in Tamasheq—and a look at the translated lyrics shows Moctar honing in on deeply religious and political themes throughout Afrique Victime, while still retaining a wonderment about the naturalistic world. On the seven-and-a-half minute title track, Moctar opens with just his voice and the guitar, soulfully lamenting Africa as a place where so many crimes are committed before it yields into a driving beat that gradually builds in tempo over the guitar. Even on “Asdikte Akal,” a song full of nostalgia for Moctar’s homeland and the love of his life, the funk remains their driving force. The concepts may seem simple, but that’s actually where Moctar excels—he gives life to these everlasting notions while also amplifying them with his entirely singular instrumental approach.