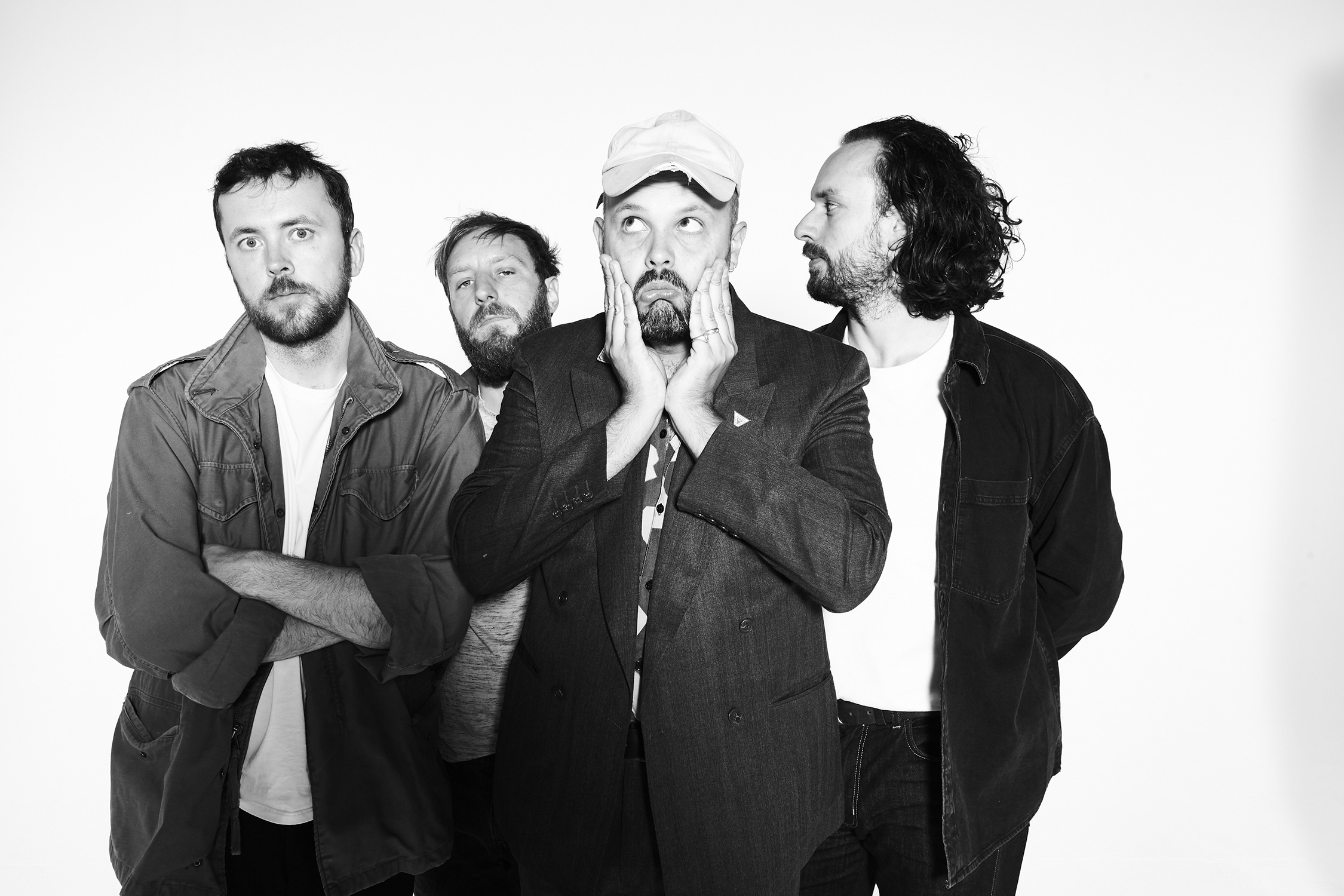 TV Priest had played just one gig before lockdown hit in March 2020.  The next time they played was July 2021 at Oslo Hackney with two reduced capacity socially distanced seated gigs.  Unfortunately England were playing Ukraine in Euro2020 that night so there was a lot of no shows.  For those of us lucky enough to attend it was actually a wonderful intimate gig especially as we were able to chat to the band.   But seated to watch TV Priest is just not right.  At last they are now out on tour playing as they should, to a dancing crowd.  Signing to Sub Pop during lockdown, TV Priest’s debut album Uppers had a delayed release like so many others.  It must feel extraordinary for these bands to be touring music which was created such a long time ago.

Support band Mandy Indiana were an intriguing unconventional band whose songs melted into each other, and what began as almost performance art blended into beats and synths culminating in a pounding drum based dance vibe.  The lead singer had incredible presence, stepping on and off the stage, sitting, dancing with the crowd and by the end all were entranced with the performance.

The Basement in YES Manchester was sold out for this gig.  TV Priest’s lead singer Charlie Drinkwater was relaxed beforehand happily having his photo taken and chatting with fans.  In fact the rest of the band started playing to encourage Charlie onto the stage!

The gig began with ‘Big Curve‘ the first track from the album which has the opening line: “This could be the first day of the rest of your life”.  TV Priest’s lyrics are influenced by the world around them, whether personal as in ‘Fathers and Sons‘ or tackling bigger issues in tracks such as ‘This Island‘.  The common thread is the sonic landscape in which these thought-provoking lyrics are woven.   And of course live the best way to experience this exhilarating music.

‘Runner Up‘ and ‘Leg Room‘ follow and Charlie moves the mike stand out of the way so he can prowl the stage.  New song and current single ‘Lifesize‘ gives us a tantalising look into what’s next for the band.  As Uppers was released in February more new music is surely in the pipeline.

One of the highlights was ‘Decoration‘ which has the class lyric: “I have never seen a dog do what that dog does.”  Ed Kellan’s pounding drums drive this track forward.  Guitarist Alex Spriogis and Nic Bueth on bass and keyboards complete the line-up for TV Priest and it is the guitars which take over as ‘Decoration’ progresses.  The reverb and electricity they generate is exhilarating.

Another highlight is ‘Press Gang‘, the lyrics inspired by Charlies grandfather who worked as a photo journalist on Fleet Street.  This track also attacks fake news and it’s this combination of the personal with the observational within songs in thought-provoking lyrics which make TV Priest stand out.  The gig finishes with ‘House of York‘ the band’s debut single.  With distorted thrashing guitars it remains a powerful track with lyrics that remain relevant.  With the additional passionate vocal delivery decrying “This is not my national anthem” over a shaky ‘Star Spangled Banner’ it’s a perfect end to the gig.

And don’t you love a venue where the lead singer can rest his hand on the ceiling?  The great banter between Charlie and the crowd makes us all feel part of one live music loving community.  My hope is that I never have to see TV Priest seated and socially distanced again.  This gig is what live music is all about.