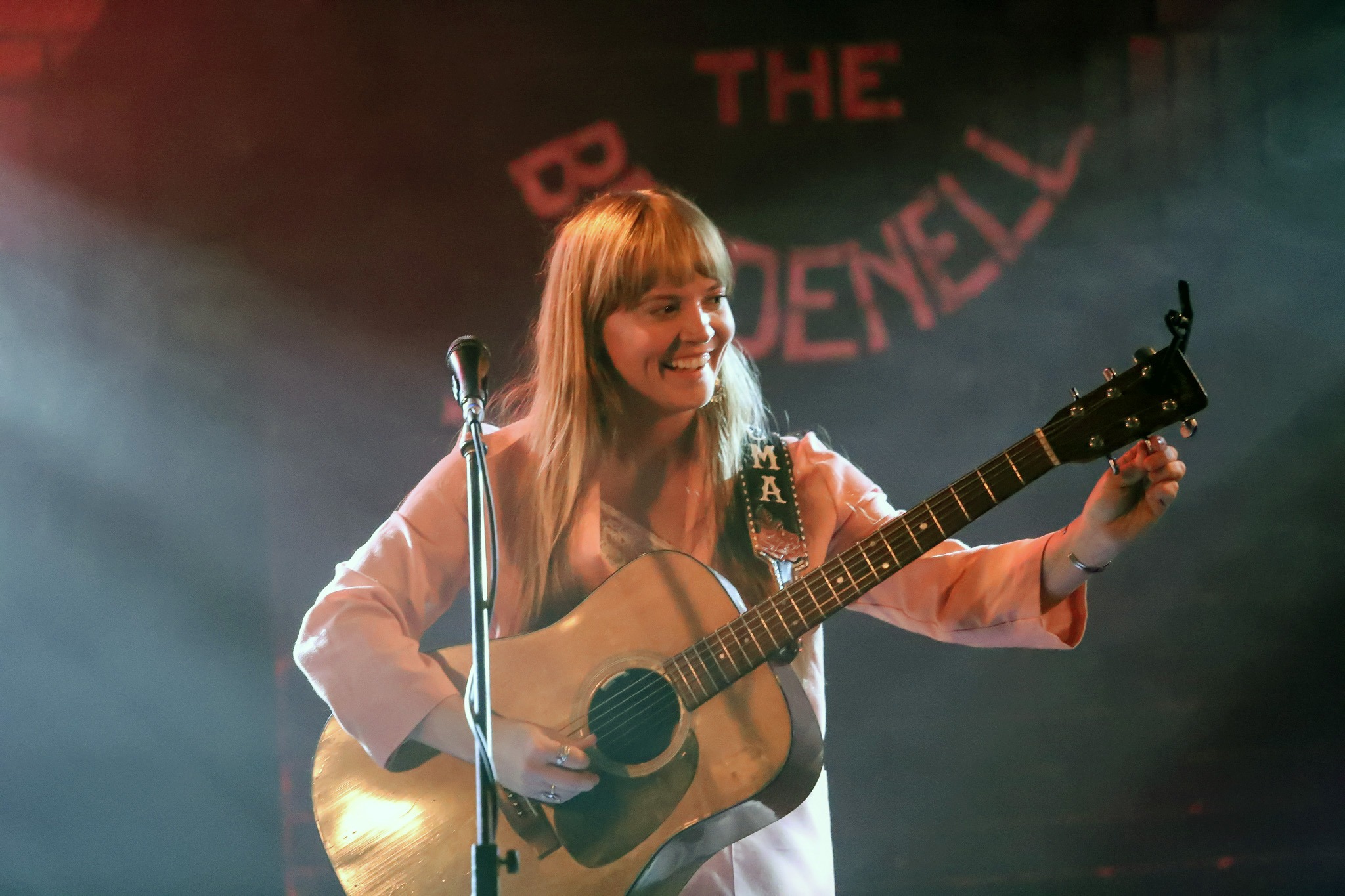 The last time I saw Courtney Marie Andrews here in the Brudenell was more than four years ago. A lot has happened in the interim. The Arizona musician has since released two more albums. Her personal relationship of nine years ended. And then there has been the no small matter of the coronavirus pandemic which, apart from anything else, has meant that this tour of the UK, Europe and Scandinavia is the first real opportunity that Andrews has had to perform in public the songs from Old Flowers, the most recent of those two albums.

And perform them she does, playing no less than seven of the record’s ten songs. Old Flowers has been described as Courtney Marie Andrews’ “break-up” album and the material therein most certainly comprises one long letter to the man with whom she had been for almost all her twenties. It is an emotionally raw, painstakingly honest album in which Andrews exposes her own vulnerabilities and loneliness.

Seeing and hearing Courtney Marie Andrews play these songs nearly three years after this relationship ended and some 18 months since Old Flowers was first released, though, you are left with the clear impression that she is not that same person. Those forlorn feelings of fragility have been replaced by a far greater confidence and strength. ‘It Must Be Someone Else’s Fault’ no longer searches for answers, having been transformed into a valiant redemption song. And when she is joined mid-way through her set by Jack Watts and Oliver Spalding of the support band Memorial for ‘Burlap String’, ‘Break This Spell’ and ‘If I Told’ – their beautifully understated harmony vocals the perfect counterpoint to Courtney Marie Andrews’ impeccable crystal-clear delivery – you sense that troubled period of her life is now well and truly over. 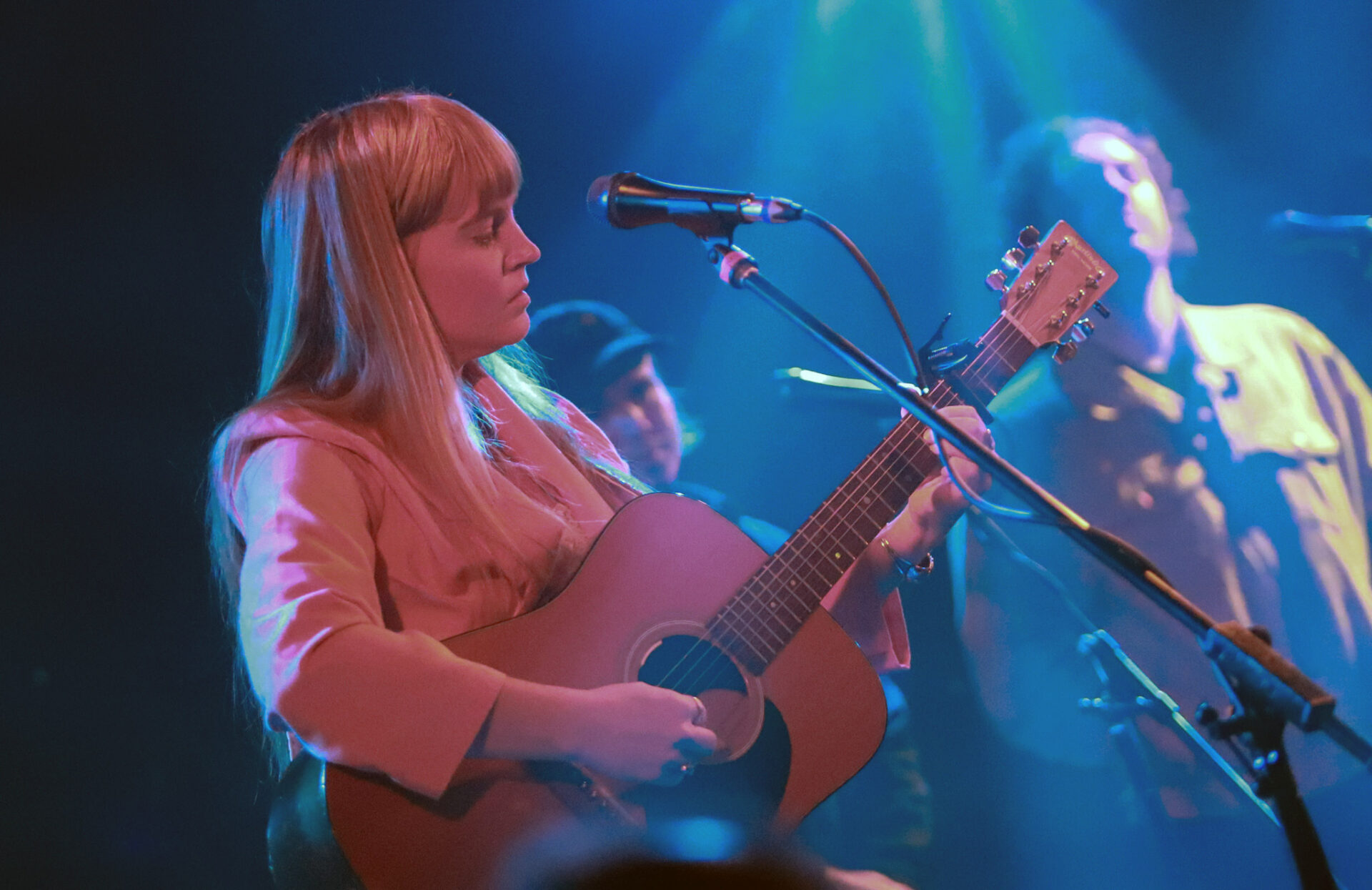 Courtney Marie Andrews appears relaxed, clearly happy to be back in familiar surroundings. She reflects upon her last visit here and despite her initial reluctance to do so – given where she comes from in the States – says the Mexican food she had before that show was the most authentic she had ever eaten. She is similarly effusive when recalling the genesis of ‘Songs For Tourists’, remembering earlier in the evening when she wrote the song having been asleep with a friend in a Honda Accord before finally ending up crashing out on the couch of Hollywood actor Chris Pratt.

Courtney Marie Andrews returns for two richly deserved encores, inviting requests from the crowd as to which songs they should be. She duly obliges with, first, a spellbinding version of ‘Rough Around The Edges’ before signing off with the supreme title track from her 2016 album Honest Life.

More photos from this show are HERE