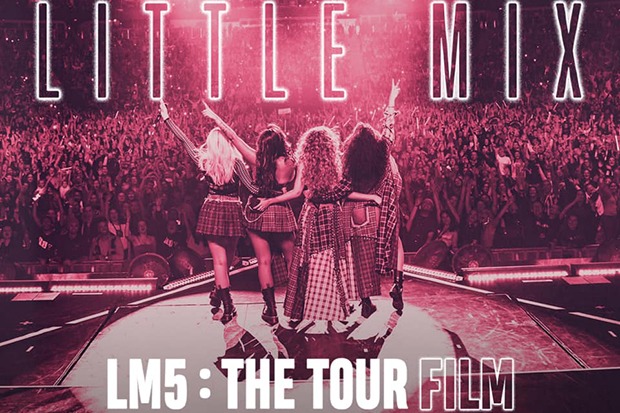 Little Mix is really ending 2020 with a bang. The UK girl group’s much-anticipated Confetti LP drops on November 6 and they are making their big-screen debut shortly thereafter. LM5 — The Tour Film will show in select theaters around the globe on November 21 and 22. (It’s unclear if it will make it to the US at this point). The film was recorded at the final show of Little Mix’s LM5: The Tour at London’s 02 arena. Hits performed include “Shout Out to My Ex,” “Woman Like Me,” “Wings” and “Touch.”

It should also be noted that Stormzy makes a cameo for “Power,” while Kamille joins the ladies for “More Than Words.” Little Mix certainly looks back on the tour fondly. “Performing live is our absolute favorite thing to do, our LM5 Tour was absolutely amazing and we are so proud of it,” Perrie Edwards says in the press release. Leigh-Anne Pinnock feels the same way: “We enjoyed every second of the LM5 Tour and hope you all love this special filmed performance capturing all the magic of that show. See Little Mix’s announcement below and get tickets here.

We're coming to a screen near you! LM5: The Tour Film will be in cinemas 21st and 22nd November. Tickets go on sale NEXT Thursday 🎟 Link in stories for more info #LittleMixTourFilm