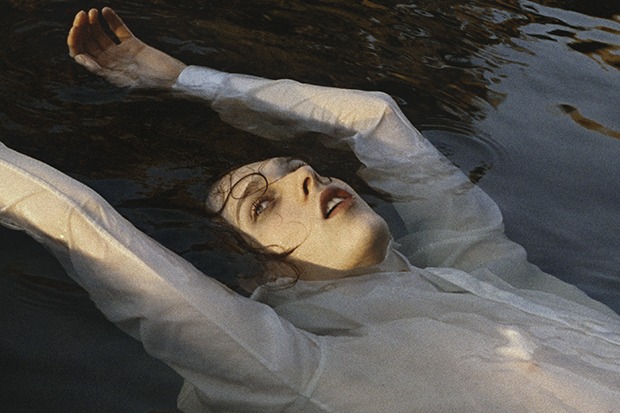 Lauren Auder ranks as one of 2020’s breakout stars thanks to her two caves in EP, which contained the viral hits “june 14th” and “meek.” The UK-born/French-raised newcomer now returns with “Quiet,” a deceptively majestic love song. “Something unsightly, a love to lick each other’s sores,” Lauren begins over Danny L Harle’s (initially) sparse production. “With you I grew big and mighty, small and infinitely yours.” Emotion continues to swell as we approach the chorus: “We could cut it up, break it all down for you.”

“‘Quiet’ is the first song in a series that is significant in two ways,” Lauren explains. “They are the first songs I wrote since coming out publicly, and therefore address this in ways I tended to mystify in the past — particularly the difficulty of human interaction, and the disappointments that inevitably arise when you are incapable of being seen as yourself. Naturally, these songs called for an opening-up in my songwriting process. Thus they are also the first songs that I allowed myself to work in more varied and collaborative ways than I have before.”