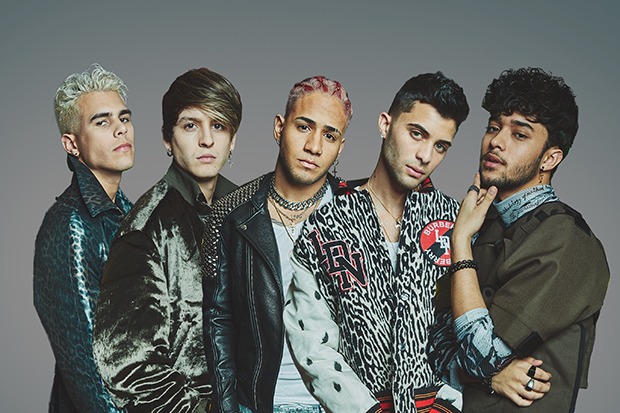 Okay, this is a surprise! Hugely popular Latin boy band CNCO has been chipping away at their third album for a while now with bangers like “Honey Boo” and “Beso” — or so we thought. Instead, the quintet is releasing a covers album in November. According to the press release, the project will “reimagine classics from the past few decades that inspired [CNCO] in different ways. Not only did the five vocalists breathe new life into these songs, but they also evoked a bit of nostalgia at the same time.”

What prompted the idea? “At the beginning of quarantine, we took some time off after being on the road for the past few years,” CNCO explains. “We were all able to reconnect with our families and have time to think back on all we’ve accomplished, and what kind of music inspired us to get here. There was a collection of songs that immediately came to mind, these romantic ballads that we all love to sing along to. While we take some time to work on our own original songs, we decided to have some fun and bring back some of the classic songs from the past.”

While we wait for more information, revisit CNCO’s “Beso” below.