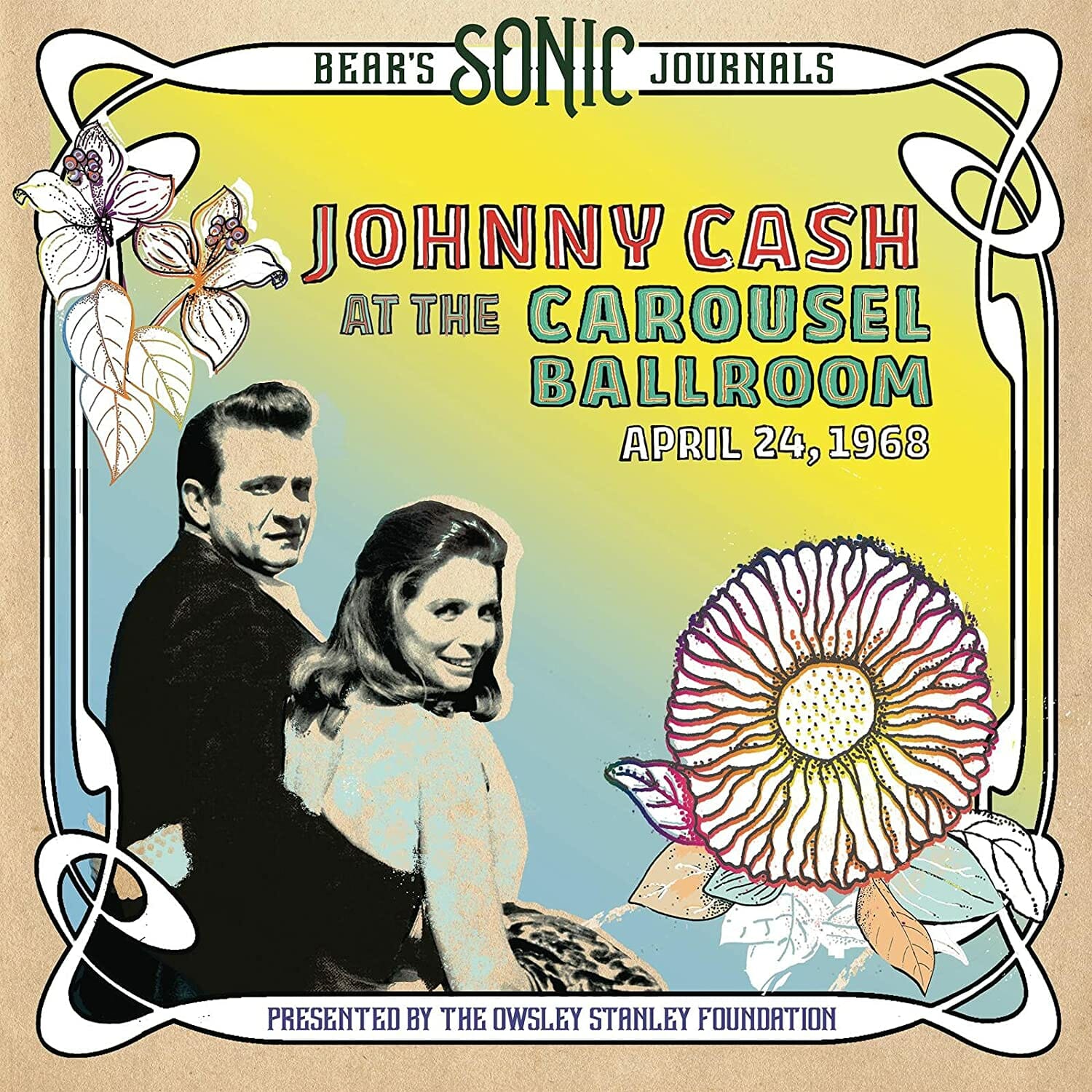 With each new release, the Bear’s Sonic Journals series, concert recordings captured in the late 1960s and early 1970s by the late Owsley “Bear” Stanley—acid chemist nonpareil and erstwhile Grateful Dead soundman— becomes even more significant. Thus far, the collection has presented previously unavailable concert recordings by rockers the New Riders of the Purple Sage, Hot Tuna, the Allmans and Commander Cody & His Lost Planet Airmen, along with a few superb, much-welcomed entries from singer-songwriter Tim Buckley, Indian sarod master Ali Akbar Khan and folk music standard-bearers Doc and Merle Watson. The newest title, featuring Johnny Cash, probably shouldn’t come as a surprise—Bear had wide-ranging taste in music—but it does anyway. That San Francisco’s hippie haven the Carousel Ballroom— run at the time by the Dead—even hosted the Man in Black just a few months after he made his landmark live album at California’s Folsom Prison is astounding enough. That this artifact is so exquisite, both for the performance and its pristine sound quality, is a gift. Cash was a master storyteller, and he told his tales no differently to the Carousel audience than he did the Folsom inmates—the connection he makes with the young urban audience is swift and very real, and it becomes apparent quickly that he’s getting something back from them too. Cash, his wife June (married less than two months at the time) and the Tennessee Three band tear through more than 25 songs in just over an hour (sadly, June’s are nearly all abbreviated)—classics like “I Walk the Line” and “Big River” and choice covers like Dylan’s “One Too Many Mornings”—and from the start, Cash’s swagger is matched by his raw honesty. It’s a truly extraordinary document, and in time will likely be counted as one of the most important sets of music Owsley ever committed to tape.Please enjoy this full-length feature from our July/August Issue. Not a subscriber? Show your support for only $2/month