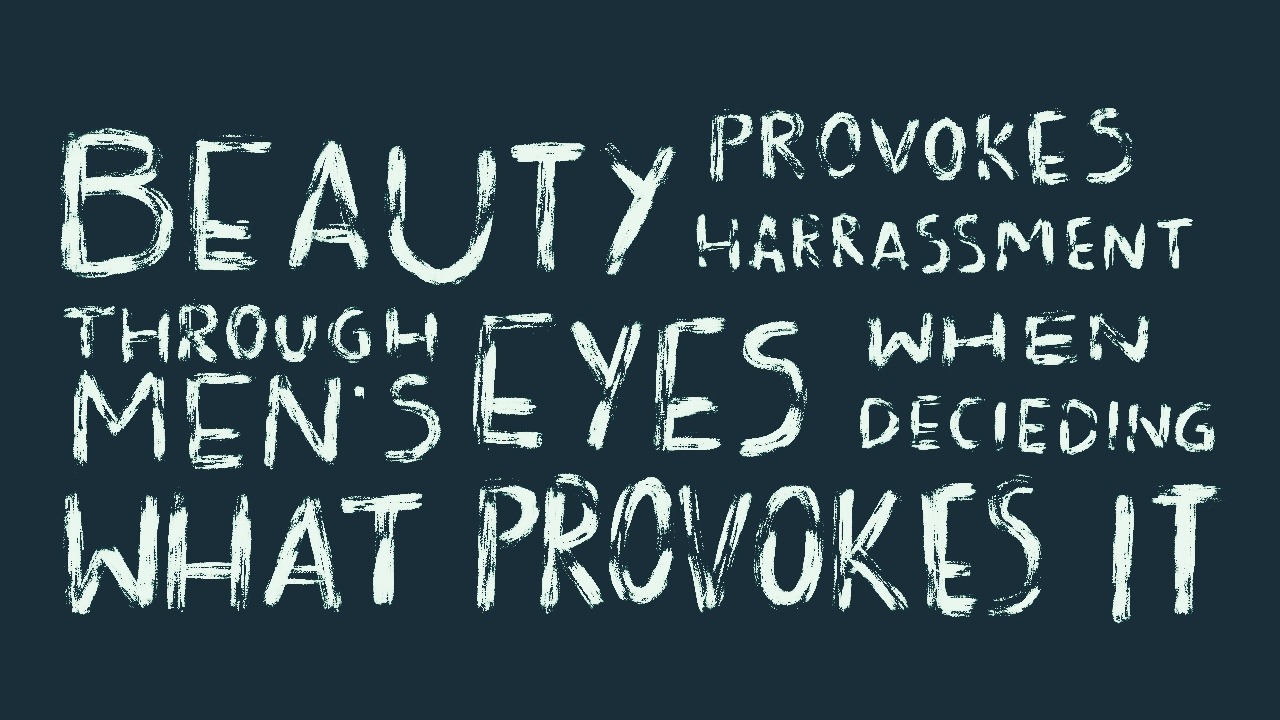 Enola Gay are creating some noise.  Their second single ‘Sofa Surfing’ made it onto the BBCRadio6Music’s Playlist with support from Steve Lamacq, no mean feat for the Belfast band.

The dichotomy of the band’s name appears perfect with some thinking only of the song by Orchestral Manoeuvres in the Dark, while others will also be aware that this is the name of the Boeing B-29 Superfortress bomber, named after Enola Gay Tibbets, the mother of the pilot, Colonel Paul Tibbets, dropped on Hiroshima with resulting incomprehensible destruction.  Enola Gay are confrontational and exhilarating.  The astonishing debut single ‘Birth of a Nation‘ was inspired by the Black Lives Matter protest at Belfast’s Custom House while ‘Sofa Surfing‘ is a brutally honest reflection on homelessness and its impact on mental health.

Their new single is no different.  ‘Through Men’s Eyes‘ is based on the Ulster Rugby rape trial held in their hometown of Belfast; how it was handled, their disdain for lad culture and how the justice system is rigged against women.

To learn more about Enola Gay, I had a chat with guitarist and lyricist Joe McVeigh.

Could you tell us a little about the background of Enola Gay and how the band came into existence?

Fionn Reilly (vocalist) and I met at a Chemical Brothers concert in Belfast back when we were wreck-heads who went out clubbing and partying days on end before going home to change.  It wasn’t until years later that we craved something more tangible than a 4/4 kick and manufactured happiness that lasts roughly 4hours. Catching wind of the resurgence of post-punk music we thought to have a go ourselves at writing and about a month into it came ‘Sofa Surfing’.  Instantly we felt we had something special.  It wasn’t until 5months later that we gathered members to form as an official band in October 2019. It’s been non-stop mental ever since.  Multiple line-up changes since then too.

You have spoken of your admiration for Dublin’s Girl Band, particularly their debut album The Talkies.
What is it about this album in particular that resonates with you?
And what other music do you listen to?

Besides how it sounded like nothing we had ever heard before… it drips with an authenticity that feels very rare in music these days.  There’s a real comfortability in hearing them knowing you’re not the only one losing the plot at times.  We’d argue it’s one of the rawest displays of emotion ever via music, up there with Nirvana’s In Utero.

There would be a lot of overlap of things we listen to across all genres, from MF DOOM, System of a Down, Sleaford Mods, Death Grips, Irish folk tunes to Ennio Morricone soundtracks.  Rarely do we dispute on music but when we do, we shame each other for it.

Enola Gay’s first two singles ‘Birth of a Nation’ and ‘Sofa Surfing’ are powerful, emotive tracks full of intelligent, thought-provoking lyrics and dark thundering dense soundscapes.  They are not just observational about the chosen subject matter, here Black Lives Matter, and Homelessness and its impact on Mental Health respectively.  The lyrics are also challenging and confrontational.
What drives you to tackle such difficult subjects and challenge society’s view?
And how do you create the songs?  Do you begin with the lyrics?

Thank you.  We strive for a strong foundation so 95% of our tunes begin with a bassline and finding the perfect beat. After, guitar is more woven in rather than traditionally serve as another layer.  Lyrically; we’re always jotting down our thoughts or whatever’s annoying us so when revising written instrumentals, we see if anything feels appropriate.  So far every song stemmed from a specific provoking moment from an exigent issue.  Some lyrics like ‘Sofa Surfing‘s started from one line- and off-the-cuff comment mid rant whereas, ‘Through Men’s Eyes’ lyrically was written before Enola was even a thing.  A 3am iPhone notes outburst that was never posted on social media but turned into a rhyme.  The hardest part is always making it simple so that it is challenging but with an impact.

During lockdown you played online sets at SXSW, Irish Music Week and Eurosonic.   Having released your singles during the pandemic you haven’t had an opportunity to play these songs live to a crowd.  Do you feel you have had to find validation for these tracks elsewhere, for example getting onto the BBC6Music playlist?
Can you explain how much it means to you to play live to an audience?

Na, it’s been unreal getting spins from DJs we respect such as Steve Lamacq however, ‘Sofa Surfing‘ and ‘Through Men’s Eyes‘ were recorded in January 2020.  We were against releasing music until gigs were somewhat in sight because it’s that palpable live energy of watching everyone go buck mad that we crave.

This week you release your third single ‘Through Men’s Eyes’.  Recorded in January 2020 it expresses Enola Gay’s disgust with the Ulster Rugby rape trial held in Belfast in 2018.  This trial divided the community in how it was handled.  What was it about this case that made you want to write a track about it?

Joe: There were so many reasons.  Depressingly, sexual abuse and rape appears to be within everyone’s proximity everyone knows someone an account.  We watched our friend groups split and staff rooms fight over what they think went down and it was sickening the amount of times one of us heard “it was just some wee slut who got embarrassed”. It’s dismal how people can casually say that and undermine victims, they would not say that if they realised how big of a plague sexual crimes against women is.  How the case was handled with the jury using her underwear as ‘evidence’ disgustingly made it clear at the justice system is rigged against women.

Adam Cooper (bassist): Young people really became proactive about making their voices heard, and seeing the protests in Belfast made it very clear that people wouldn’t stand for this kind of treatment towards victims of sexual abuse while our society trivialised and disregarded the experience of a young woman who went through a highly traumatic ordeal.

And finally, if I looked in your fridge right now what would I find?

Enola Gay’s third single ‘Through Men’s Eyes‘ is now available.  All proceeds to Rape Crisis NI.
For more information on the band please check out facebook and bandcamp.
UK and Ireland tour dates have been announced.