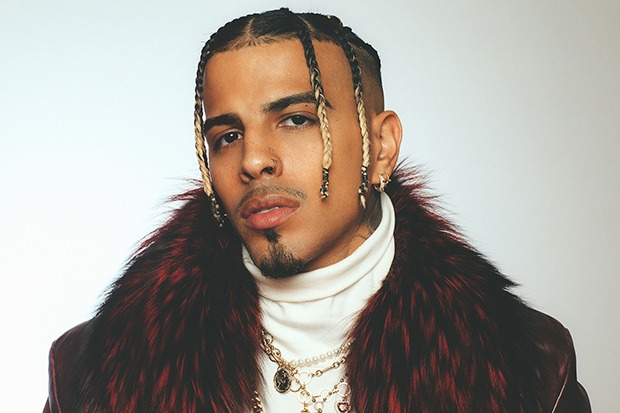 With hundreds of millions of streams to his credit and a long list of star-studded collaborations, Rauw Alejandro is one of the hottest new names in latin music. The 27-year-old released his much-anticipated debut album, Afrodisíaco, on Friday (November 13) and it’s an eclectic mix of party jams, sexy songs and blistering bangers. Not only that, but it boasts features from some of the biggest stars in Latin music including J Balvin, they collaborate on the instantly addictive “De Cora,” Anuel AA and Myke Towers.

I recently asked the Puerto Rican newcomer about the overarching theme of Afrodisíaco (it’s his love of women) and making an album with the restrictions of 2020. Rauw also talked about his surreal “De Cora Randy’s “Soy Una Gárgola” and his desire to collaborate with pop artists in the future. Other topics of conversation included the possibility of recording songs in English and his love of touring. Get to know the budding superstar a little better in our Q&A below.

Congratulations on Afrodisíaco. How does it feel to see it getting so much love?

It has been great, lots of love from everywhere. I’m enjoying a lot this opportunity and the support that is getting.

There are so many different sounds on the album. Is there a common thread that pulls it together?

Afrodisiaco is mood, definitely. I love women, they are my muse. All my music is inspired by them.

“De Cora” sounds like a smash. How did you connect with J Balvin?

Balvin and I have been friends for a couple of years now. We talk a lot, we have been planning this collaboration for a long time. The first time I heard the beat I said to the producer, “I can totally see Jose in here!”

The video is incredible. How did you come up with the concept?

I work a lot the director, Gus Camacho, he knows me well and I’ve always wanted to do a minimalist look and he got this idea. This track is dope, I felt it needed a different video mood.

“Reloj” is another favorite. What was it like working with Anuel?

Anuel and I used to go to the same school, same classroom; we are childhood friends. The vibe at the studio was amazing, very easy to work with.

What is it like making an album in 2020? Did it come together remotely or was it all in-studio?

During quarantine I was blessed to have my producers (who are my friends from long time) with me. We all have our part, it was great being able to pause and work only on the album.

“Soy Una Gárgola” is one of my favorites on the album.

“Soy Una Gárgola” was originally released in 2005 by a reggaeton legend Randy. When I was working on my project, Caleb Calloway, one of the producers, told me about the idea of making a remake with Randy and adding another legend, Arcangel. How could I say no? I feel very privileged with this opportunity to give this track a 2020 flow.

You collaborated with so many urban stars on Afrodisíaco. Would you consider working with pop artists like Shakira, Natti Natasha or Becky G?

I would love to work with all of them. I did “Fantasias Remix” and Natti’s participation was really cool.

How do you explain the growing popularity of Latin music?

The latin community is starting to have more of a presence in places. [It was] not so common before and that greatly benefits latin music.

Have you considered recording music in English?

Are you looking forward to touring again?

I can’t wait to be on tour again. I love the fans, their energy and just being on stage. I just can’t wait for COVID-19 to be over.