In Conversation: Mark Lanegan – “I feel like the luckiest guy on earth” 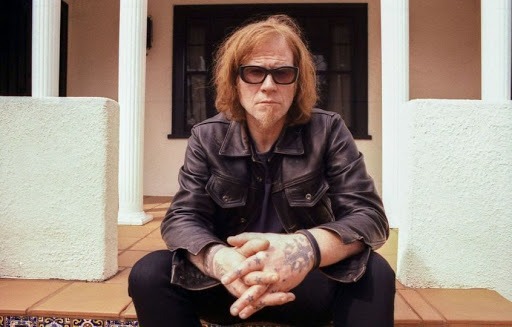 In June 2021, Dark Mark vs. Skeleton Joe, a new collaborative project between Mark Lanegan and Joe Cardamone (from The Icarus Line), was released via Rare Bird/Kitten Robot Records. ‘Dark Mark Theme’ b/w ‘Skeleton Joe Manifesto’ appeared on a limited-edition 12″ only release with a full album planned for this Autumn. The tracks embrace an experimental electronic sound, spilling with beautiful darkness.

Dark Mark, Mark Lanegan, is a prolific musician. In addition to his work as frontman with Screaming Trees and a range of solo albums, Lanegan has also collaborated with a wide range of artists such as UNKLE, Neko Case, The Duke Spirit, Queens of the Stone Age, and PJ Harvey, amongst others. I interviewed Lanegan about songwriting, his recent memoir, and the current collaborative project.

You’ve recently moved to Ireland – how are you finding life there?

Have spent a lot of time in Ireland over the years, touring, etc., and my oldest known ancestors came from Kilkenny, so I have always felt at home here. I live in southwest Ireland, County Kerry, and the physical beauty is stunning, and the people are great.

I have been really enjoying your new collaboration with Joe Cardamone of The Icarus Line. Could you please tell us what sparked the idea for collaboration, and how it took shape?

A few years ago I was working on a solo record and Joe sent me some tracks to potentially use for that and even though I loved the tracks, I ended up going in sort of a more trad guitar rock direction. Later on, we revisited Joe’s tracks and decided to make a full album of them.

‘Dark Mark Theme’ is such a striking song filled with a gripping dark energy. Can you tell us about the inspiration behind this track?

I can’t really say where the inspiration for any songs I’ve written comes from. Sometimes they reveal themselves to me long after they’ve been recorded and released and sometimes, not at all.

You published your memoir, Sing Backwards and Weep, last year, which featured such beautifully vivid writing. What was it like for you, writing this book, and revisiting these memories? Do you intend to publish another volume?

To be honest, it was a pretty unpleasant experience. I’m someone who tries to stay in the here and now, but a book of this kind demands that you do a lot of digging into what can be painful memories. No, I would never do it again.

I’m a University lecturer that teaches about popular music, media and culture. My students often hold so much love for the Seattle music scene from the 1990s. From your perspective, as part of Screaming Trees, what role do you think the media played in the music scene at the time? Did you enjoy appearing on MTV, for example, and being interviewed, or did you find all the attention difficult?

it took me long past the 80’s and 90’s before I ever felt comfortable interacting with the media, being on camera, interviews and all that. Now I don’t give a damn.

In addition to your collaborations, you have released such an impressive, beautiful and meaningful body of solo work. What role and importance does songwriting have in your life?

I feel extremely lucky to be able to do something I love so much and make my living from it. I consider it a blessing not a job.

I really enjoyed your most recent solo album Straight Songs of Sorrow, especially my favourite track ‘I Wouldn’t Want to Say’. This is such a fantastic song – what inspired it?

Once I put something out it belongs to whoever connects with it. I personally have never considered what my favourite artists were writing about, I only cared about what their songs meant to me.

You took part in a Tim’s twitter listening party for Straight Songs of Sorrow – what was it like, for you, participating in this?

I enjoyed it, I think it’s a very cool thing that Tim does.

You’ve toured quite a lot over the years – what do you miss the most about being on the road, on tour?

Being on the road. Being on tour.

And what is the best concert that you have ever been to as an audience member, and why?

Punk music has had a big influence on your life – is there one punk album in particular that holds the most memories for you?

Too many to name.

What does it feel like being a musician? And has this changed for you through time?

Again, I feel like the luckiest guy on earth.

Finally, what are your tentative plans for the rest of 2021?

I plan to sail the tempestuous seas of life.