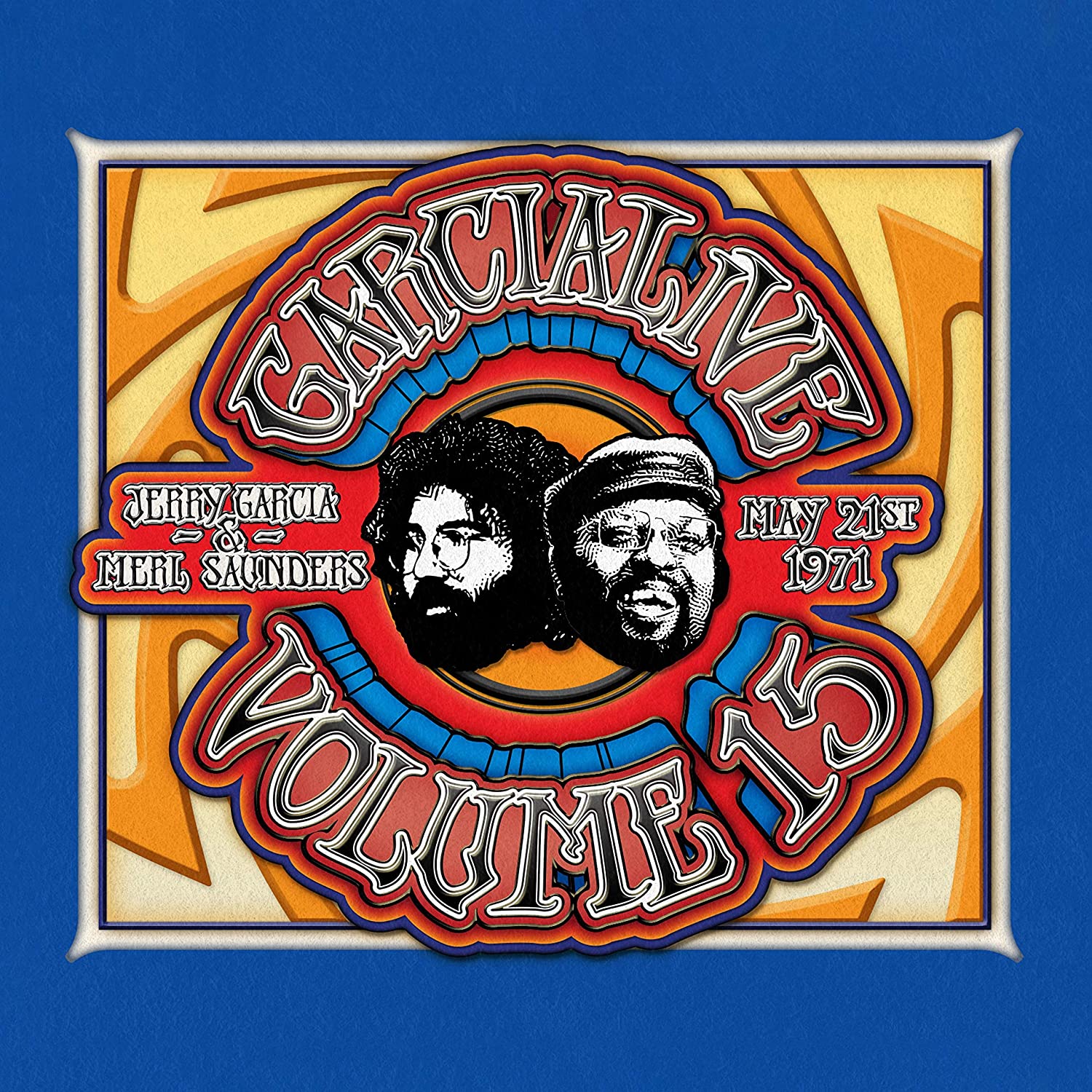 Listening to the work of Jerry Garcia often feels like an act of discovery, no matter how long one’s been doing it. On GarciaLive Vol. 15: Jerry Garcia & Merl Saunders, May 21st, 1971, listeners are truly discovering something new. This previously uncirculated recording finds Garcia, keyboardist Merl Saunders and drummer Bill Vitt playing as a rare trio (sans regular bassist John Kahn) with occasional saxophone screeches from future Legion of Mary member Martin Fierro. At San Francisco’s 200-cap Keystone Korner (not to be confused with the sister club in Berkeley), Garcia was free to step out from the Grateful Dead’s shadow (just days before a Winterland Ballroom run) and flex his jazz muscles in raw, exhilarating form. Without bass, Saunders’ keyboard work and organ playing holds down the low end and gives each musician even more room to groove with a loose, conversational tone. Opening with Saunders’ “Man-Child,” the trio doesn’t waste any time getting out there with Saunders driving several subterranean-sounding peaks. On “One Kind Favor,” the Blind Lemon Jefferson song also known as “See That My Grave Is Kept Clean,” Garcia’s aching vocals recall “Death Don’t Have No Mercy,” as Saunders’ organ swirls. Fierro first speaks up on a swinging instrumental take on Stevie Wonder’s “I Was Made to Love Her.” The “Keystone Korner Jam” best captures the vibe of the performance—17 minutes of the quartet playing off each other, composing in the moment, with Garcia and Fierro pushing each other to explore. The real star of the recording, however, is the only known Garcia-sung performance of David Crosby’s “The Wall Song,” which Garcia would play guitar on in the studio. Garcia does an admirable job on vocals but it’s Fierro who commands the jam with an assault of sax squeals (and a few Beatles quotes). For fans of Garcia’s more esoteric work, GarciaLive Vol. 15 is a thrilling listen and a reminder that there’s always something new waiting around the Korner.