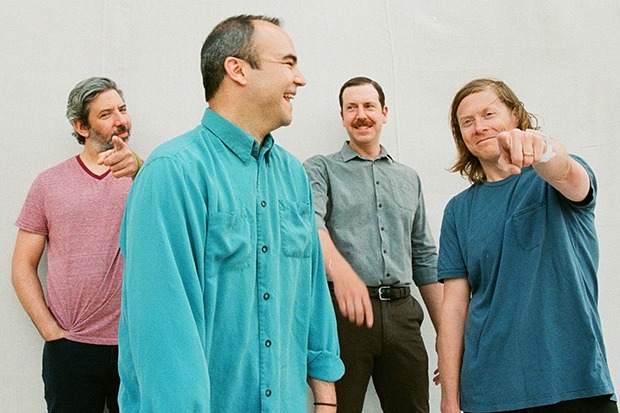 Future Island rolls out “Moonlight” as the third cut from As Long As You Are (due October 9) and, like the songs that came before it, it’s pretty spectacular. “Here’s our chance to make it, make this into something more,” Samuel T. Herring begins the dreamy synth-ballad. “Here’s my heart don’t break it, it’s all that I ask.” He then expresses his idea of love on the chorus. “I couldn’t see, I had a cloud in my arms,” Samuel sings in that instantly-recognizable baritone. “But if I asked you would you say, ‘It’s only rain, nothing more.’”

What inspired the song? “‘Moonlight’ is a song about love in a depressive state,” the Future Islands frontman reveals in the press release. “It’s about recognizing the holes in ourselves and recognizing the circular whole of others. ‘Moonlight’ is about acceptance because that’s what love allows us all.” On the strength of this track, “For Sure” and “Thrill,” As Long As You Are is shaping up to be one of the best albums of 2020. Check out the band’s “Moonlight” visual, which stars Matthew Gray Gubler and Callie Hernandez, below.