Keith Urban & Pink Join Forces For “One Too Many” 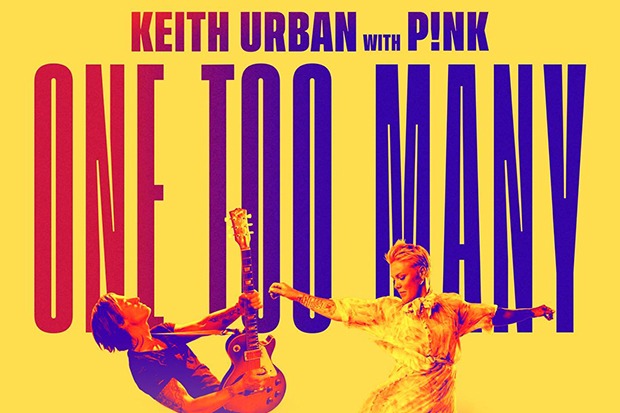 EDIT: Keith and Pink’s “One Too Many” is here and it’s a relatable drinking anthem. Listen to the song below.

Keith Urban and Pink are rolling out a duet called “One Too Many” this week. Not only that, but the collaborators will perform the song on Wednesday night’s (September 16) 55th Academy Of Country Music Awards. Of course, this isn’t pop star’s first country detour. Pink first dipped her toe in the genre way back in 2016 when she teamed up with Kenny Chesney for “Setting The World On Fire” and then served up one of the best ballads of 2019 with the Chris Stapleton-assisted “Love Me Anyway.”

So far, the tone of Keith’s long-awaited 11th album, The Speed Of Now (Part 1), has been surprisingly somber and introspective. He introduced the opus last year with “We Were” featuring Eric Church and then scored a country hit earlier this year with the lovely “God Whispered Your Name.” The Australian superstar also dropped a stripped-back buzz track called “Change Your Mind” in August. With a title like “One Too Many,” however,” there’s a high probability of his Pink duet being a drinking song. See the announcement below.

Listen to “One Too Many”:

WEDNESDAY • ONE TOO MANY Song available everywhere at midnight. World television premiere on the @acmawards at 8/7c.