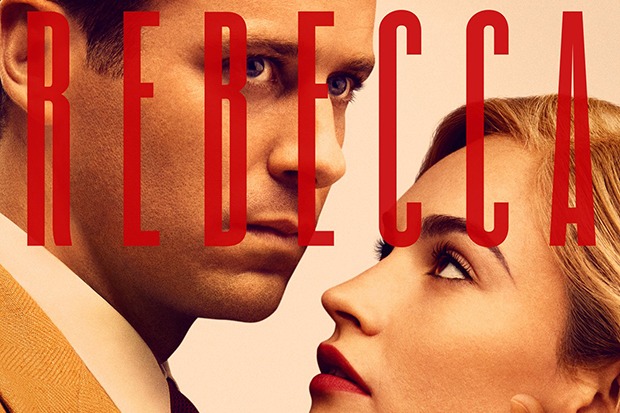 It takes a certain amount of audacity to tinker with a property as beloved as Rebecca. Particularly when Daphne du Maurier’s mystery novel has already been made into a perfect film by Alfred Hitchcock. But Ben Wheatley has never really cared about convention. Whether it’s shoehorning a cult into the finale of Kill List or forcing the viewer to spend 85 minutes with England’s most unpleasant couple in Sightseers, the director makes up the rules as he goes along. Which makes his inert retelling of Rebecca all the more confusing.

If you’re going to walk in the footsteps of Hitchcock, you had better bring something new to the table. In Wheatley’s case, I hoped it might be the grit and lack of sentimentality that permeates his filmography. After all, du Maurier’s novel is considerably darker than the first adaptation. Societal standards and the censorship board made it all but impossible to film certain parts of the book (most notably the nightmarish epilogue), but anything goes in 2020. Instead, Wheatley strips the tale of all edge, turning it into a Hallmark romance.

The film begins faithfully enough, spending considerably more time establishing the unnamed protagonist as a downtrodden lady’s companion in Monte Carlo. She is bullied by her boss (Ann Dowd steals every scene she’s in as Mrs. Van Hopper) and looked down on by hotel staff. However, our heroine catches the eye of vacationing millionaire Maxim de Winter, who sure knows how to rock a mustard suit and sweep a damsel-in-distress off her feet. There’s just one catch, the very long shadow cast by his recently-deceased wife, Rebecca.

That doesn’t prove to be an insurmountable hurdle to their union and the happy couple soon arrives at Manderley, Maxim’s spectacular seaside estate. Instead of being the menacing presence it was in the book (and Hitchcock’s adaptation), the new Mrs. de Winter is soon prancing around the mansion like an extra on Downton Abbey. Sure, her husband is moody and Mrs. Danvers, the haughty housekeeper, is mean to her, but things are going pretty well until a fashion faux pas at a ball rocks her world. And that’s when the movie really derails.

The genius of Rebecca is the way it toys with expectations, hinting at a ghost story and then going in a completely different direction. In Wheatley’s version, all ambiguity is thrown out the window as the new Mrs. de Winter channels Mrs. Marple in a misguided attempt at modernizing the role. The film soon devolves into a plodding whodunnit with a splash of depressingly unbelievable romance thrown in for good measure. The ruthlessness so inherent to Wheatley’s previous films is nowhere to be found as Rebecca lurches towards its inane conclusion.

As for the cast, Lily James comes off best as the new Mrs. de Winter. She is charming and does her best to occasionally look frightened or mildly unnerved. Armie Hammer, on the other hand, is hampered by a script that turns Maxim into a prissy cuckold with a temper. You can’t help but feel that Rebecca might have had good reason to make his life a misery. And then there’s poor Kristin Scott Thomas, who is far too luminous and sophisticated to pull off Mrs. Danvers. Judith Anderson made her the embodiment of evil in the 1940 original. Here, she’s more sympathetic than anything.

If you’re looking for a glamorous romance with a hugely attractive cast and a couple of blindingly obvious twists and turns, Rebecca is worth two hours of your time. If you’re at all familiar with the source material or the Hitchcock adaptation, don’t put yourself through this ordeal.