Becky G Teams Up With Ozuna For “No Drama” 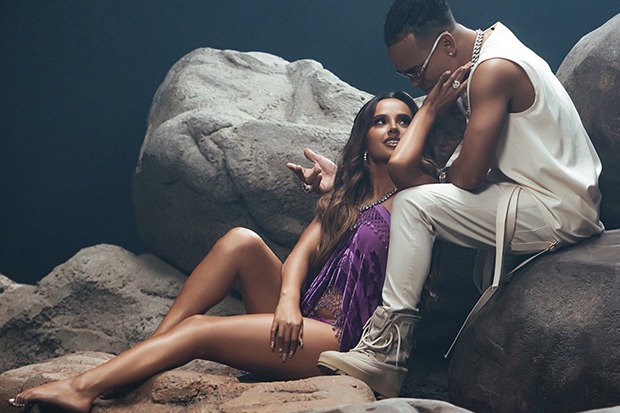 While most of the music world has been on hiatus in 2020, Becky G has been spoiling fans with a steady stream of bops. Her latest release is called “No Drama,” and it features Latin superstar Ozuna. The song drops on Thursday (October 29) and comes with a glamorous visual, which the 23-year-old teased on social media. In it, the “Sin Pijama” queen struts her way through a dimly-lit cave in a sexy swimsuit. If this is any indication, don’t be too surprised if “No Drama” is one of the hitmaker’s raunchiest singles to date.

By my count, Becky’s collaboration with Ozuna is her 10th official single of 2020 (there might even be more). My favorites include the breezy “They Ain’t Ready,” which ranks as one of the most underrated pop songs of the year, and “My Man.” The latter offers a modern twist on Jenni Rivera’s “La Gran Señora.” Other singles of note include “Muchacha” featuring Gente De Zona and a Spanish-language cover of “Jolene” alongside Jenni’s daughter Chiquis. Watch a preview of Becky and Ozuna’s “No Drama” video below.