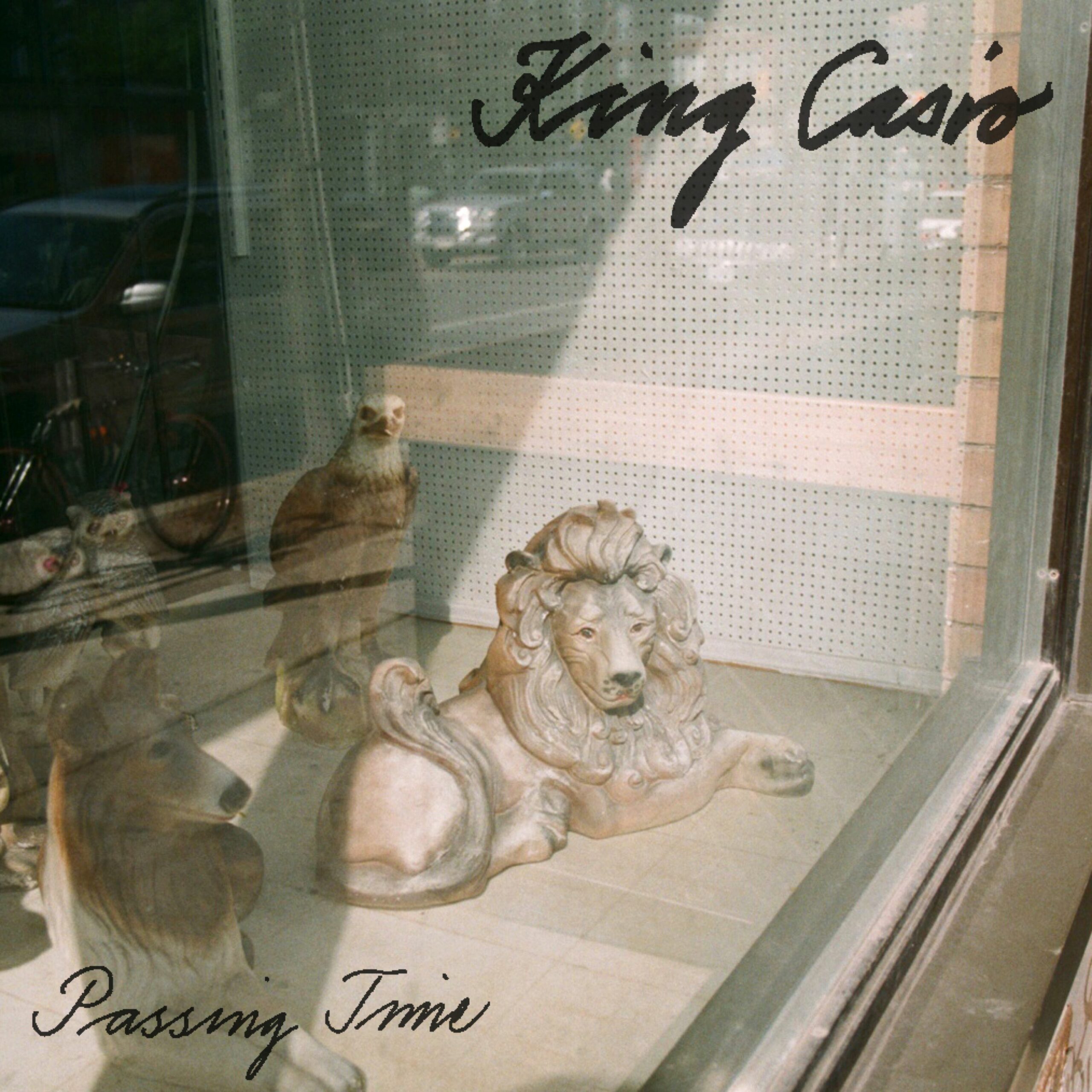 King Casio are an Anglo-Swedish lo-fi psychedelic trio. Their debut album Quiet Times With King Casio is due in the autumn of 2021.

Their new single ‘Passing Time’ is a wobbly, woozy, off-kilter, underwater trip, inspired by the anxiety of modern life.

Vocalist Aaron King says that the song ‘was written when anxious, that might hopefully ease some anxiety for other anxious people.’ It’s a gorgeous slice of lush chamber pop, with layers of bittersweet, hazy orchestration.

A strange mix of tense, anxious intensity with a dreamy, dissociative quality, like Matt Berry’s ‘Take My Hand’ after one too many cups of coffee.

The track features a beautiful, appropriately analogue video directed by L.A.Salami. Aaron says ‘the video was really fun to record, my friend L.A.Salami and I just went out for a day with his camera. We met at 6 am, I danced on a roof, bumped into a policeman asking me to get down, captured the sunrise and walked home. Good times.’

That sense of spontaneity and fun really comes through in the video, which is full of colour and life, and features a strange character in a mask and yellow suit.

The insistent, repetitive, slightly dissonant piano part that runs through the song reminds a bit of the beautiful piano loops in Long Season by Japanese band Fishmans, and the overall effect is a bit Sunflower-era Beach Boys. There’s also something Boy Azooga-ish about it.

Overall, though, it feels like an original statement with its own sound and identity.

The vocals are sweet, whispery and intimate, drenched in reverb. There’s a powerful moment when the piano goes up an octave in the last verse after the bridge. The drums are distant, way in the back of the mix like a dream you’re struggling to recall.

It’s short and sweet, like the end of summer.

A great melancholy pop song that demands to be played over and over again, full of clever hooks. It will be interesting to hear more from the band. A much recommended listen!

‘Passing Time’ is out now, and God Is In The TV is pleased to present the premiere for the video today.