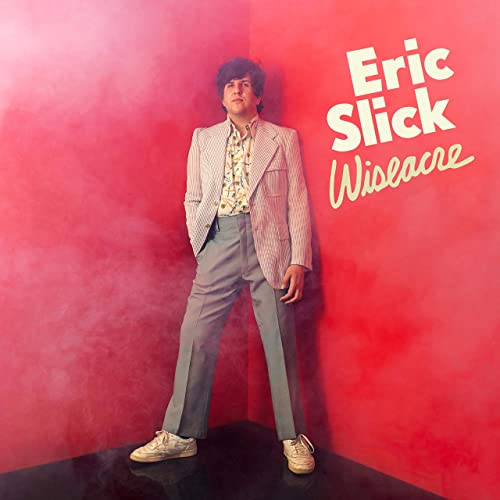 Eric Slick’s solo debut, 2017’s Palisades, was shaped by his exploration of meditation. His follow-up LP, Wiseacre, feels like the results of that practice—it’s a blissful, cleareyed collection of euphoric indie-pop songs devoted to love and joy. Over the past few years, Slick’s day job as the drummer of Philadelphia rock band Dr. Dog has given way to a number of collaborations and side projects—including an orchestral EP about the first Jewish American bullfighter—but it’s on Wiseacre that his musical wanderings have the most impact upon landing. The 10-song set shimmers and sparkles, thanks to his crisp percussion, layers of swaying acoustic guitar, flourishes of strings and a pillow-soft mellotron. Guest spots from Flaming Lips’ Steven Drozd, musician-producer Butch Walker and his wife, art-pop singer Natalie Prass, help Slick complete Wiseacre’s sunshine sound. At the center of Wiseacre, unabashedly, lies Slick’s love for Prass. The two were married in 2019, and it’s hard not to get a little choked up when, on “Someday,” Slick sings directly to his life partner: “Even though we’ll be gone someday/ I know I’ll be the air with you.” (Likewise, on the ballad “Natalie”—a swirl of piano, strings and harp—Slick offers, with hushed sincerity, “I’ve watched you grow with every passing day/ I know you’ll help me in the same way.” It’s rare for a musician to put so much frank, real-life detail into modern pop music—and that openness, baked into songs that bloom with kaleidoscopic color and jolt of positivity. In 2020, it’s something we could all use.