Chris Potter: There Is a Tide 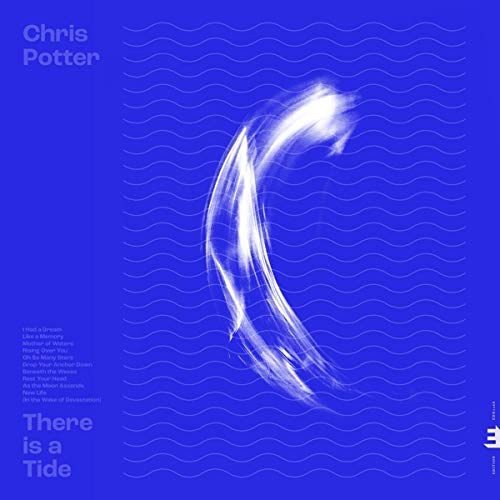 Sometimes, as every musician knows, making plans is a futile exercise. Chris Potter, whose saxophone playing has been heard—in both sideman and leader configurations—in tandem with Pat Metheny’s guitar, Paul Motian’s drums, Dave Holland’s bass and with dozens of others, surely didn’t think his next album was going to be recorded entirely solo. Yet, here he was, more than 30 years after first making his mark as a prodigy, facing a lockdown. Potter shrugged, turned on his recording machines, and got to work: On There Is a Tide, you’ll hear Chris Potter and only Chris Potter, not only on saxes but playing the piano/keyboards, guitars, clarinets, flutes, bass and drums/percussion. By definition, he also self-produced. It’s not entirely unprecedented: On Circuits, his 2019 release, Potter also multitasked, but he still had accompanists: the challenge here was to approximate the sound of a full jazz band without another musician setting foot in the room. He does just fine. On “I Had a Dream,” the opening track, Potter’s bass, drums and piano establish a funky groove from the onset; once that’s in the bag it’s on to the horns, doubling and tripling up as required. When he does take a solo, Potter is, as ever, able to keep the ideas fresh and the playing hearty. Some tracks, among them “Oh So Many Stars” and “As the Moon Ascends,” go for an expansive, pensive mood, while others, particularly “Mother of Waters” and the closing, prophetically titled “New Life (In the Wake of Devastation),” take on a tougher, more aggressive edge. At times it’s easy to forget that this is all one guy, making the best of a less than ideal situation.