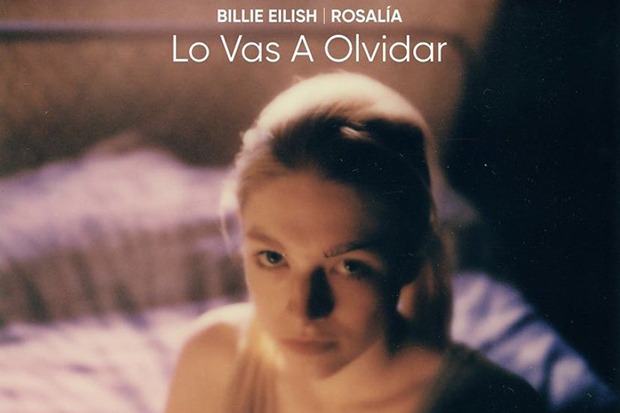 Billie Eilish is full of surprises. The 19-year-old is steadily chipping away at her sophomore album, but managed to squeeze in a little time to record a Spanish-language bop with ROSALÍA. “Lo Vas A Olvidar,” which they both previewed on their respective social media accounts, will feature on HBO’s Euphoria and is scheduled to drop on January 21. The teaser video doesn’t give too much away, but expect something seriously cool from two of pop’s hottest talents.

As for the followup to When We All Fall Asleep, Where Do We Go?, Billie has already rolled out two very different singles — the contemplative “my future” and irresistibly catchy “Therefore I Am.” We know that the record is coming together because she recently gave an update during an interview with Apple Music. “I love ‘Therefore I Am,’ I love ‘my future,’” the multiple Grammy winner says of her sophomore set. “I can’t fucking wait for people to hear this album that we’re working on.” See the preview for “Lo Vas A Olvidar” below.

Billie and @Rosalia – “Lo Vas A Olvidar”
For @EuphoriaHBO
Song and music video out on 1/21/21 at 9am PT pic.twitter.com/7m6kaos1fQ

Billie Eilish Kicks Off ‘Where Do We Go?’ Tour
END_OF_DOCUMENT_TOKEN_TO_BE_REPLACED