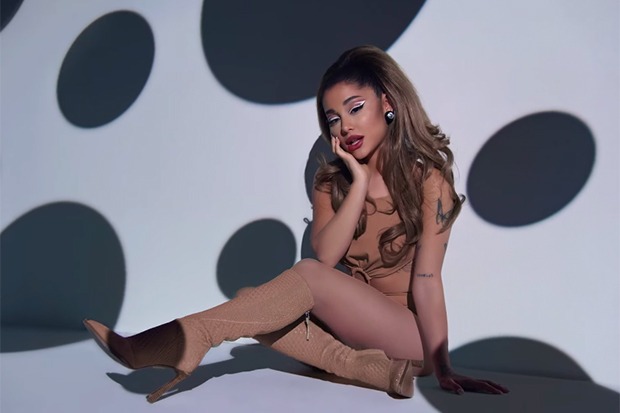 It didn’t take Ariana Grande long to kick off her 2021 campaign. Today (January 13), the superstar announced a remix of currently single, “34+35,” featuring two female artists. Approximately 2.5 seconds later, internet detectives determined that one of her collaborators is Megan Thee Stallion due to the rapper liking Ari’s announcement post. Other names in the mix are Doja Cat and Nicki Minaj. We’ll know soon enough. The remix is expected to drop on Friday and should propel the smash even higher up the charts.

“34+35” is probably the song that best represents the sexy tone and mid-tempo R&B sound of Ariana’s Positions. “You might think I’m crazy, the way I’ve been cravin’,” the 27-year-old begins the song. “If I put it quite plainly, just gimme them babies.” From there, she goes on to drop a series of double entendres before arriving at the chorus. “Can you stay up all night? Fuck me ’til the daylight,” Ari purrs. “Thirty four, thirty five.” What do the numbers mean? Well, just add them together. See her remix teaser below.