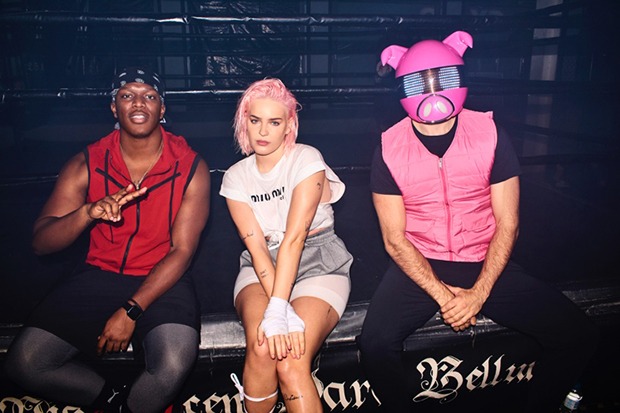 UK pop star Anne-Marie kicks off her 2021 campaign with a banger called “Don’t Play.” A collaboration with British rapper KSI and producer Digital Farm Animals, the 29-year-old’s latest is essentially about knowing where you stand. “Sneaking in school just to get by you, I’m obsessed with the scent on you,” KSI raps in his verse. “Coco Chanel on your neck with your body in check , loving all the time with you.” However, Anne-Marie isn’t convinced. Yet. “If you’re gonna lie then I’ma say goodbye,” she pouts. “Every game you’re playing… I’ve played them all before.”

The breakout star has a change of heart on the catchy chorus, however. “Don’t play games, don’t play games with my heart,” Anne-Marie belts. “Now the feels hit me differently, when they’re hittin’ this deep don’t play, don’t play.” The instantly catchy bop is accompanied by a video, which features all three collaborators. Anne-Marie even gets to show off her martial arts skills (she is a three-times world Shotokan karate champion). Watch the hitmaker show off her deadly moves in the bright and colorful clip below.