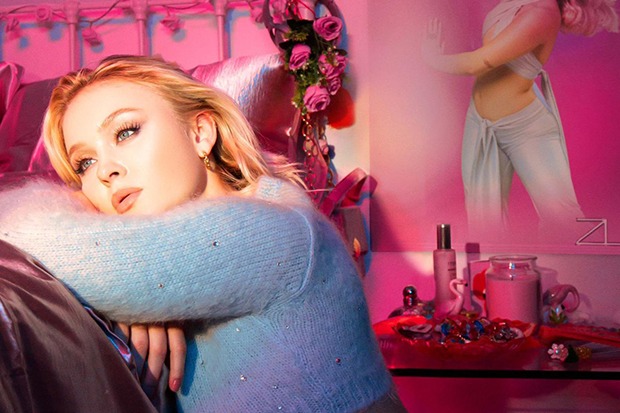 Zara Larsson kicked off 2021 last week with a new single called “Talk About Love” featuring Young Thug. She also confirmed that her second international album would be called Poster Girl. Today (January 15), we have more details. For starters, the dreamy cover, which finds the Swedish pop star resting on the side of her bed with a poster of herself on the wall, is official. (It has been circling online for a while now). More excitingly, the 12-song tracklist is starting to take shape.

So far, four songs have been confirmed on the standard edition. “Talk About Love” is there along with last year’s sorely underrated “Love Me Land” and belated viral hit “Wow.” Somewhat unexpectedly, 2018’s “Ruin My Life” also makes the cut. Keep in mind that there will be a deluxe edition, so songs like “All The Time” (a boy) and “Don’t Worry Bout Me” could still pop up somewhere. The album drops on March 5 and is available to pre-order now. Check out the video for “Talk About Love” below.