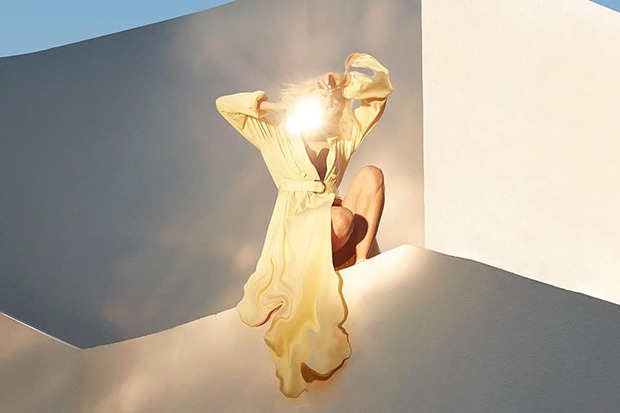 Astrid S has been churning out perfect pop songs since at least 2015. While the Norwegian artist occasionally dabbles in icy electro (Scandinavia’s go-to genre), the 23-year-old refuses to be boxed in. She has proven equally adept at bangers, stripped-back acoustic pop and even country. Regardless of the soundscape, Astrid’s emotional vocal and razor-sharp pen makes it her own. That willingness to experiment and steadfast sense of self is what makes the pop star’s long-awaited debut LP, Leave It Beautiful, fulfilling and unexpectedly moving.

In some ways, Leave It Beautiful tells documents the life cycle of a relationship from the initial rush of attraction right through to the bitter end. Album-opener “Marilyn Monroe” is a feisty floorfiller that rails against slut shaming and double standards. It’s a modern anthem for single ladies — a description that also applies to the single-worthy “Hits Different.” This upbeat tune is about celebrating your independence and living life without the pressure of pleasing anyone else. Of course, that energy dissipates somewhat when you fall in love.

“Can’t Forget,” another gem, is a breezy, synth-pop song about being absolutely smitten, while “Obsessed” charts the next stage of infatuation. Unfortunately, happy endings are rarer than you think and Leave It Beautiful dives deep into the various layers of breakup hell. The highlight is the stunning title track, which is about letting something end gracefully before feelings get hurt and happy memories become tarnished. It’s an unusually profound pop song that showcases Astrid’s maturity and songwriting nous.

Lofty intentions aside, breakups are hard and unavoidably ugly. “It’s Ok If You Forget Me,” a stripped-back ballad that deserves to be a massive hit, is a snapshot of emotional numbness, while “If I Can’t Have You” is about the temporary insanity that plagues you before the healing sets in. “Good Choice,” on the other hand, is an embarrassingly relatable bop about making the same old mistakes and flirting with destructive behavior — be it out of boredom or loneliness. This is another cut that deserves to be released as a single.

While the ache of a broken heart can’t be dulled by a bandage or painkillers, having a little fun certainly helps. Which is the general theme of “Dance Dance Dance,” a winning addition to the canon of sad bangers about dancing the tears away. “Airpods” is also about losing yourself in music, but the tone here is darker and more contemplative. There’s an edge to the lyrics and production that adds another layer of sophistication to Astrid’s extremely impressive debut.