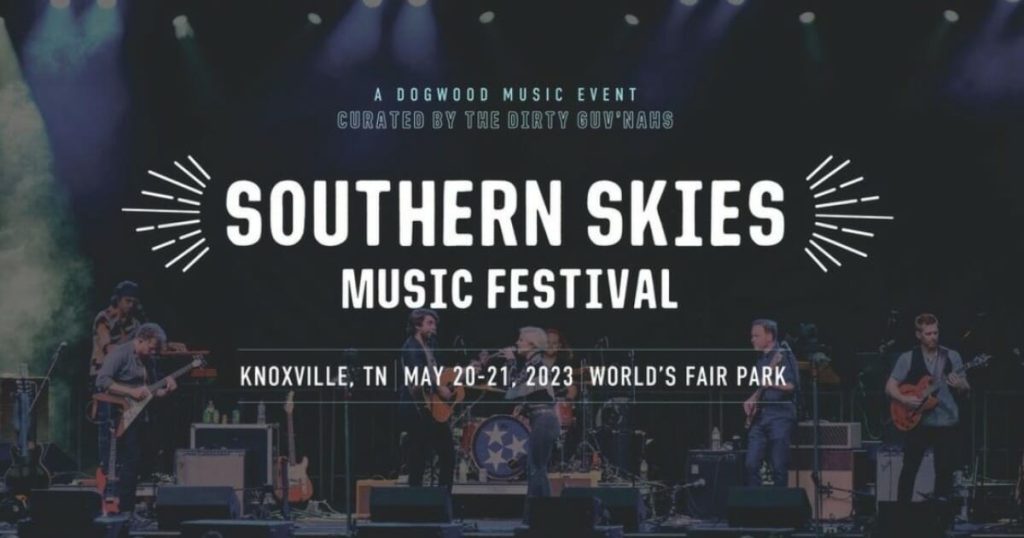 Southern Skies Music Festival have announced its artist lineup for the 2023 iteration of the May 20 and 21 event, which will occur at World’s Fair Park in Knoxville, Tenn. The impending weekend of music is presented by Nashville’s Dogwood Arts and features headliners St. Paul and the Broken Bones (Saturday) and Grace Potter (Sunday).

Also included on the lineup are The Dirty Guv’nahs, who have signed on to perform on Saturday, May 20 and Sunday, May 21. Black Joe Willis and Jackie Venson are also scheduled to play. Additional acts such as The Stews, Crus Contreras, Doc Robinson, Cece Coakley, EG Vines, Kelsi Walker and the Nervous Kids, Brian Clay and Lauren Arp and Ben McLaughlin will also take the stage.

This year’s lineup was curated by hometown favorites, The Dirty Guv’nahs. In addition to music, the event will present attendees with local food and beverage options, as well as a maker’s market. As an added bonus, Southern Skies Music Festival will feature a kick-off and after-party at Barley’s.

To learn more, visit the festival’s official website. Scroll down to view the 2023 artist lineup.