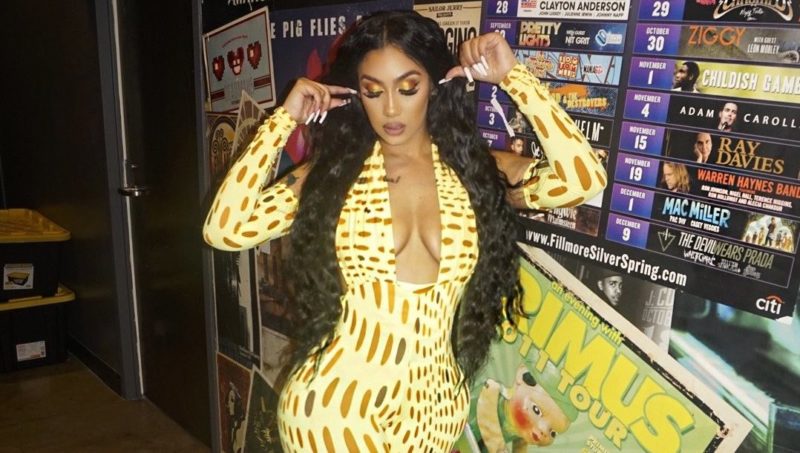 Silver Springs, Maryland is such a warm dedicated crowd that isn’t hard to impress. Easily, Queen Naija didn’t have to do much to put us under her spell as she brought her Butterfly Tour to The Fillmore. 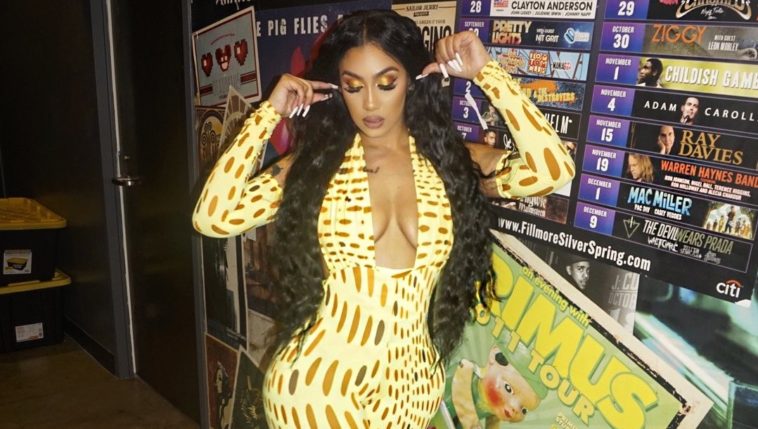 109 Views
Comments Off on Queen Naija Shuts Down the Fillmore: Silver Springs, MD

The sold-out show brought some extra love from Queen’s lovely opener, Tink. As we finally got inside near 8 pm, it was packed and ready for a show whilst Tink was performing “Whole World Against Me”. Next, she followed with her hit song that we all fell in love over, “Treat Me Like Somebody.” As her performance closed, she said her goodbyes with another crowd-pleaser, “Bottom Bitch.”

In between sets, we got a chance to vibe to some hit songs from “Pressure” by Ari Lennox to “Essence” by Wiz Kid.

An hour later, the musical crew finally made their way on stage, signaling the emergence of  Queen Naiija.  As the lights went down and the baseline from “Too much to say” played, the crowd started chanting “Queen Naija, Queen Naija” to draw her out.

“I need y’all to get in your feelings and sing this song word for word,” Queen Naija declared as she effortlessly swayed her way into her next song on her deluxe album, “Insecure” with the crowd swaying along and obediently singing each word.

After a brief appearance by her boyfriend/manager, Queen was onto her next song “Say What You Mean” with a sore throat that she later confessed to on Twitter.   (I didn’t notice at all.) She followed with “Love is Blind” — a remake of Eve’s domestic violence anthem, “Love is Blind.”

As she eased her way into singing us “Butterflies” with a smooth transition into “Butterflies 2” she neared the end giving her thanks to God for life and for everyone’s safety.

She launched into “Lie to Me,” featuring Lil Durk (she rapped Durk’s part) and graciously said goodnight to the crowd before walking away — and then abruptly turning back to the stage to the surprise of fans.

“Sike! You guys come back!  You thought I’d leave without singing “Medicine?”

From start to finish, I was surprised by how much love Maryland has shown for Queen through the emotions, sounds, and the wait.  (Kudos to the band.)   I wish we had more stage conversation but as she continues to grow I know we’ll get more. We love you Queen Naija — thank you for a beautiful night!