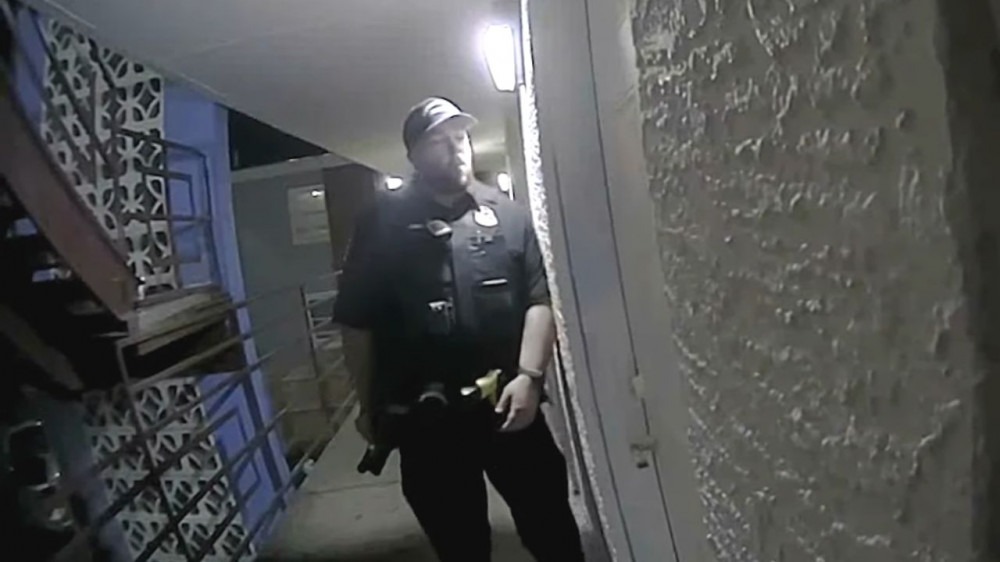 On Tuesday, August 30, Columbus, Ohio police released body camera footage during a news conference when an officer fatally shot a 20-year-old Black man. An investigation has been opened into the shooting. 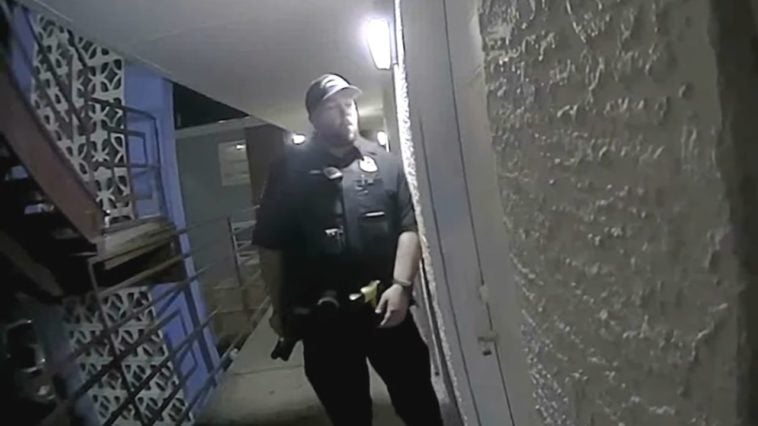 This happened seconds after the young man was encountered while attempting to serve an arrest warrant earlier that day.

In the footage, Officer Ricky Anderson was seen firing at Donovan Lewis after he was located in an apartment Tuesday morning; Lewis had been seen sitting up in bed, and raising a hand before being shot.

The officers attempted to serve a felony warrant at an apartment before 3 a.m., with body cam footage showing officers knocking at the front door.

One man eventually answered and was taken into custody.

A second man was encountered inside the apartment and had been detained, as reported by WCMH.

Footage before the fatal incident also shows the officers inside the apartment with a police dog, with the dog seemingly beginning to bark at the back bedroom door.

As the officers made their way to the door, Anderson, with a grip on the dog’s collar in one hand, pushed the door open with the other before firing his weapon shortly after.

During the news conference, Chief Elaine Bryant stated that Officer Ricky Anderson fired his gun when Lewis appeared to raise a hand with something in it, as NBC affiliate WCMH of Columbus reported.

Bryant had shared during the news conference that a device appearing as a “vape pen” was later “found “ on the bed right next to him.”

However, no weapon was found, police said.

The Ohio Bureau of Criminal Investigation is investigating the police shooting while Anderson has been placed on leave as an investigation into the deadly shooting continues, police said.

“Donovan Lewis lost his life. As a parent, you know, I sympathize and I grieve with his mother,” Bryant said. “As a community, I grieve with our community but we’re gonna allow this investigation to take place.”

“Officers had been attempting to serve a felony warrant at an apartment just before 2:30 a.m.,“ Columbus Division of Police said in a news release Tuesday.

Police said officers aided Lewis until Columbus Fire medics arrived to transport him to a hospital.

Lewis was pronounced dead at the hospital at 3:19 a.m., police said.

On July 20, Former Lexington Police Department Chief Sam Dobbins was fired when the city’s board of aldermen voted to oust him in a session that lasted more than an hour, WLBT and USA Today reported. The vote was 3-2 to fire Dobbins.

The vote was put in place when former officer Robert Lee Hooker leaked recordings of a conversation he had with the chief in April and then gave the secret audio to JULIAN, a civil rights and international human rights organization, which released it to the media.

This enraged the small city of 1,600 about 60 miles north of Jackson, with about 80 of the nearly 1,300 citizens being Black, census data shows.