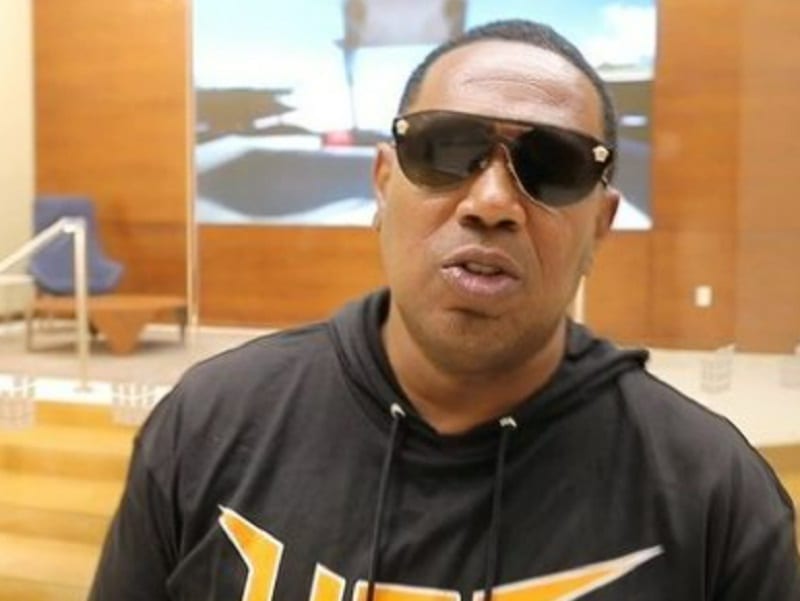 Southern hip-hop mogul Master P is trying to make sure everybody wins in the rap game. The “Ice Cream Man” reiterates that he was serious when he said hip-hop needs to form a union and take care of its own. Master P Says Unions Are Needed, But So Is Accountability

Master P has spoken out amid the recent deaths of DMX and Black Rob about the need for a rappers’ union. In an interview with the Breakfast Club this week, the No Limit boss clarified his stance, but also said artists need to be self-accountable in order to succeed beyond the music.

“Drugs is killing our people, man. And we’re not holding ourselves accountable, so we like to blame it on everybody.”

Referring to Black Rob and the public outcry for Diddy to have taken better care of his former Bad Boy artist, P had this to say:

While DMX was still in a coma prior to his death, Master P said the hip-hop industry waits until something bad happens to a rapper before offering love and support. The New Orleans native called for a union to be made in which artists can be there for each other without something terrible happening first.

“DMX is an icon, and I just hate that we have to wait till something happens to one of these guys, or to one of us, before everybody really starts saying how much they care, and they love you. I mean, we gotta figure out how to prevent that. … Drugs done killed a lot of our great ones, and sent a lot of ’em to prison, and I’m praying for DMX and his family. And I hope that people start celebrating these icons while they’re alive, imagine all the stuff we could’ve prevented for DMX, to help him. I feel like hip-hop need some type of union. The NBA have it. What happens when a guy fall off? After he done sold millions of millions of records—even a female—what happens? … Think about it, the NBA, when they done, they go to SportsCenter, they can sit around—where do hip-hop go? Go back to the hood. There will never be another DMX, he’s one of a kind.”

Music mogul Diddy is holding down the memory of Black Rob. New reports claim the hip-hop icon is expected to help cover the funeral costs for the late Bad Boy Records artist.

Sean “Diddy” Combs will be contributing to the funeral costs for his friend Black Rob — after the pair reconnected just before his death, Page Six has learned. We can confirm that Diddy — who called Rob “one of a kind” — reached out to Rob at hospital before his passing, as a source said, “Diddy offered help for Rob, but in the end, sadly, it was too late.” “But he wants to make sure that Rob is laid to rest with dignity and according to his wishes. He is helping to make the funeral arrangements,” the source added. (Page Six)

New York rapper Cormega has since come forward to support Puff Daddy for looking out for Rob and acknowledged him handling the funeral arrangements.

“The truth is a ray of light when we are clouded with judgment so let me shine some light on the speculation. Diddy did a Bad Boy Reunion Tour and Rob was included! Diddy looked out for him recently. Diddy is handling the funeral arrangements. If you can’t match what he’s done you should not blame a man for someone’s death. Rob was my guy I proudly worked with him when he was no longer in the spotlight. And I think it would be better served if people reserve their words for condolences to the family and for positive moments instead of the divisive speculation that stops us from unifying and growing as a culture. Blame (b•lame) Don’t be lame. RIP ROB salute to all who stand for something condolences to his family condolences to his Bad Boy peers condolences to the fans who respect his music. Salute”

This past weekend, both Bad Boy Records boss Diddy and Rob’s former labelmate Shyne remembered his life. Puff Daddy issued a heartfelt statement in his memory.

“Rest in power King @therealblackrob ! As I listen to your records today there’s one thing that they all have in common! You have made millions of people all over the world feel good and dance! You are one of a kind! GOD BLESS! 🙏🏿 Love. 🖤💫✨ You will be truly missed!!!! 💔”

In the comment section, Shyne stood out with his reaction to Puff Daddy’s snapshot. Along with the rap artist, fellow prominent rappers and music industry figures by the likes of Swae Lee, DJ Clue and Bryan-Michael Cox also acknowledged Diddy’s statement.