Capitol Records releases the artificially intelligent rapper and TikTok Influencer FN Meka from the label and issues an apology to the Black community for creating a modern-day racial stereotype. 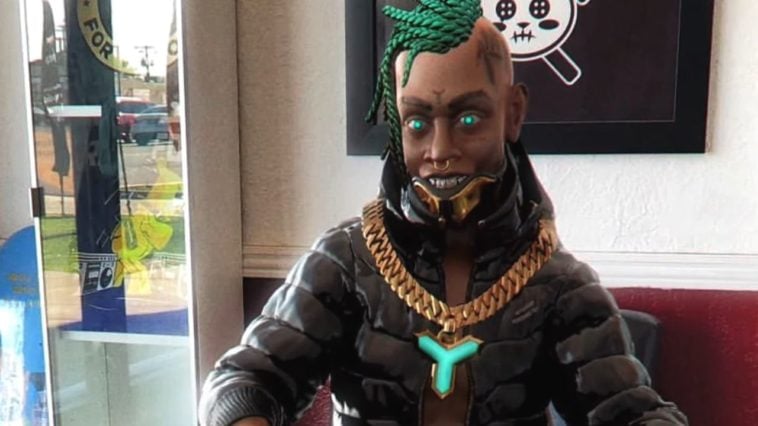 The robot, described as the first of its kind, produced a single that featured rapper Gunna and was set to produce an entire project.

Industry Black Out, a cultural activist group, issued a public letter that called out the record label for its carelessness and referred to the character as an “Abomination.”

The group tweeted at the record label:

“Have you lost your FN minds?”

“We offer our deepest apologies to the Black community for our insensitivity in signing this project without asking enough questions about equity and the creative process behind it. We thank those who have reached out to us with constructive feedback in the past couple of days-your input was invaluable as we came to the decision to end our association with the project.”

While the character may be artificial, its creation represents a racial stereotype signed off by presumably white executives.

Within that context, the larger issue becomes not the fact that not enough questions were asked of Black people but cultural appropriation.

The insensitive sign-off would have accredited top execs to extract black cultural references. The record label would have profited from Black culture without having to fork it over to a human black artist. Is this a new money-making scheme?

The other issue is that regardless of questions of equity and culture asked of the black community, a final decision like this should have only been authorized by a team of Black experts.

Earlier this year, Jack Harlow’s “Come Home, The Kids Miss You” garnered him a position at the top with over 100,000 units distributed in his first week of sales.

The rapper’s success was said to be made through his connection and appropriation of Black culture.

While Harlow just well may be a talented rapper from Kentucky, he also represents the past and present of hip-hop.

The same can be said for FN Meka, whose talents were created based on store date and logistics and the perception of what an innovative rapper should be.