With A New Album On The Way, Interpol Get Candid About Universal Rejection 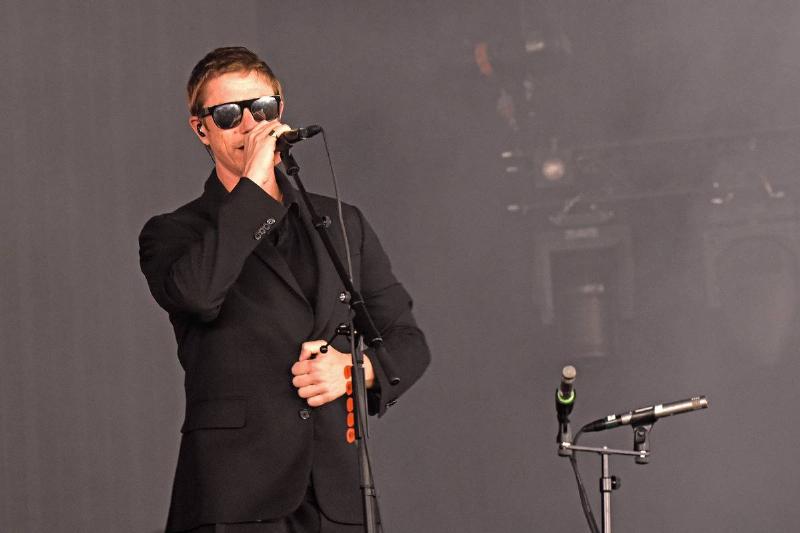 New York rock group Interpol has spent 25 years together jumping the border of success and failure. The long journey, which has seen its shares of ups and downs, is perhaps one of the reasons frontman Paul Banks is “a bit of a negative Nelson.”

Then again, the last few years haven’t exactly been full of hope. Banks explains, “I’ve always had a sense that our civilization is slightly more tenuous than a lot of people believe it to be. I think for some people, it’s been very jarring to realize that Mother Nature can come and upend everything that we’ve built, but I’ve written about those themes my whole career!”

And just when did all that rock and roll pessimism begin? Let’s go back to the beginning when the band was first trying to score a record deal and received “rejection after rejection from every record label, including the label we’re still signed to now.”

As they say, what doesn’t kill you makes you stronger, which no doubt influenced Interpol to make the music they wanted to make without worrying about industry expectations.

Now getting ready to drop their 8th record, the edges have been softened, and Interpol finds themselves more hopeful than they’ve ever been. Not something Paul Banks expected after writing an album during the peak of a global pandemic:

“It has more of an optimistic, airy, hopeful, and anthemic quality at times than any of our previous work… I think as a writer, you gravitate towards subjects and perspectives that feel fresh, so it was an instinct to think about the resilience of the human spirit instead. I think some great qualities of humanity come to the foreground when there’s a crazy struggle.”