Why Don’t We Returns With Self-Penned/Produced “Fallin’” 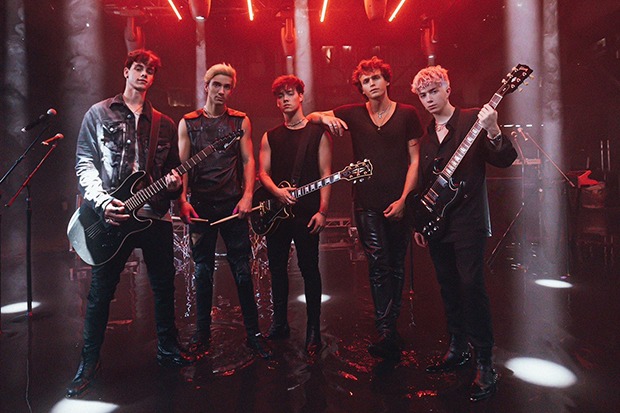 After taking a well-deserved break, Why Don’t We returns with a new single called “Fallin.’” During their time off, the boy band locked themselves in the studio and decided to take charge creatively. “Caught in the moment, not even thinkin’ twice,” Jonah Marais begins the self-penned pop/rock anthem. “Everything’s frozen, nothing but you and I.” On the chorus, Zach Herron suggests a leap of faith. “I can feel the rush of adrenaline, I’m not scared to jump if you want to,” he sings. “Let’s just fall in love for the hell of it… just keep fallin.’”

“Writing and producing our own music has been one of the most rewarding experiences for us,” Corbyn Besson says of their new sound. “In the past four years we’ve become confident enough to reinvent ourselves, becoming the band we always hoped to be.” Daniel Seavey agrees with that assessment. “It was time to do this ourselves,” he adds. “These are our ideas, melodies, and thoughts.” Get acquainted with Why Don’t We 2.0 by checking out their high-energy, special effects-filled “Fallin’” video below.