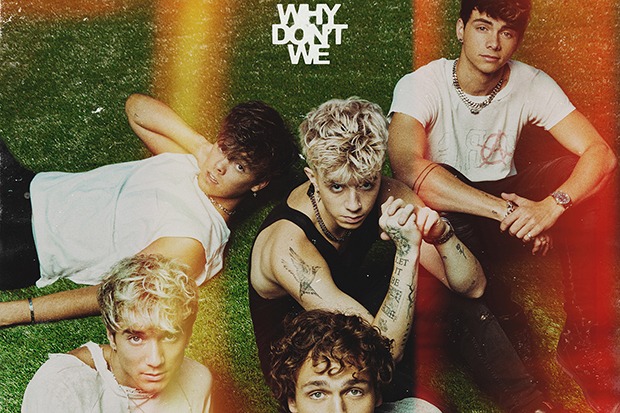 Why Don’t We will release their much-anticipated sophomore album at the beginning of next year. The Good Times And The Bad Ones arrives on January 15, 2021 and includes the band’s current hit “Fallin’ (Adrenaline).” That song recently became the quintet’s first entry on the Billboard Hot 100 when it debuted at number 37 and has already amassed more than 20 million streams on Spotify alone. Not bad for their first serious attempt at writing and producing their own material.

“I can feel the rush of adrenaline, I’m not scared to jump if you want to,” the boy band sings on the anthemic pop/rock chorus. “Let’s just fall in love for the hell of it, maybe we’ll just keep fallin’.” The result is a song that is authentic to Why Don’t We’s vision. “Writing and co-producing our own music has been one of the most rewarding experiences for us,” explains Corbyn Besson. “In the past four years we’ve become confident enough to reinvent ourselves, becoming the band we always hoped to be.” Pre-order The Good Times And The Bad Ones here.