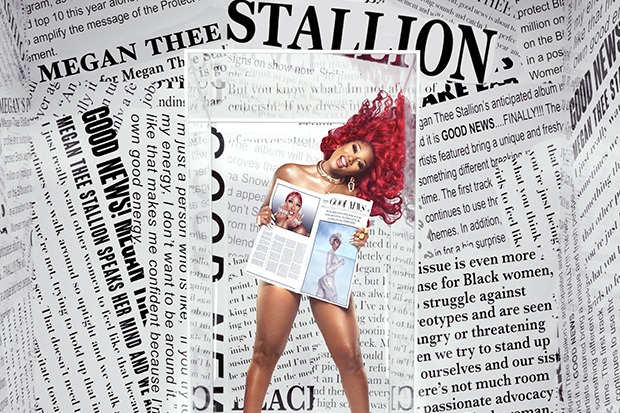 The wait is over! Megan Thee Stallion’s long-awaited debut LP is called Good News and it drops on November 20. “Hotties, I first want to say thank you for riding with me, growing with me, and staying down with me since my first mixtape Rich Ratchet,” the breakout rapper captioned the cover art on Instagram. “Through this rough ass year we’ve all been having I felt like we could all use a lil bit of good news. So with that being said MY OFFICIAL ALBUM GOOD NEWS IS DROPPING NOVEMBER 20TH PRE ORDER WILL BE AVAILABLE TONIGHT.”

Now, we just need the tracklist. It seems fairly obvious that recent singles “Girls In The Good” and the Young Thug-assisted “Don’t Stop” will make the cut. Both tracks cracked the top 30 of the Billboard Hot 100 and amassed more than 130 million streams between them. I also think Megan’s two 2020 chart-toppers will be in the mix — at least as bonus tracks. “Savage (Remix)” featuring Beyoncé was the Song Of The (first half of) Summer, while “WAP” dominated the second half of it. See Megan’s exciting announcement below.