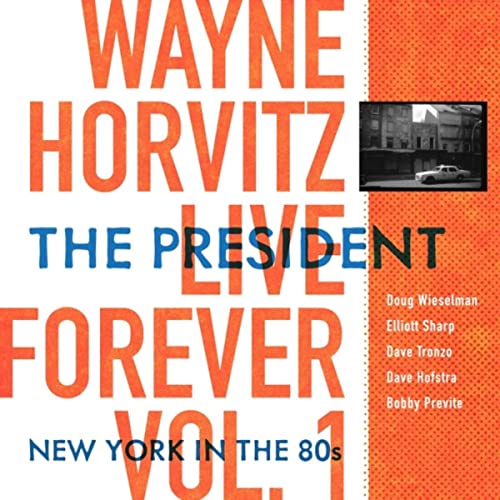 If you’re curious what a great art-rock band sounded like onstage at CBGB’s back during the Pleistocene epoch, then don’t miss keyboardist Wayne Horvitz’s dynamic Live Forever, Vol. 1: The President: New York in the 80’s. Horvitz wanted his instrumental group, The President, to sound like a cross between The Band, The Meters, Balinese gamelan and Sundanese Kacapi suling music— and it did! Drummer Bobby Previte was the sole continual member of a fluctuating lineup that also included guitarists Elliott Sharp, Dave Tronzo and Bill Frisell (not heard here) among other legendary NYC downtowners of the era.