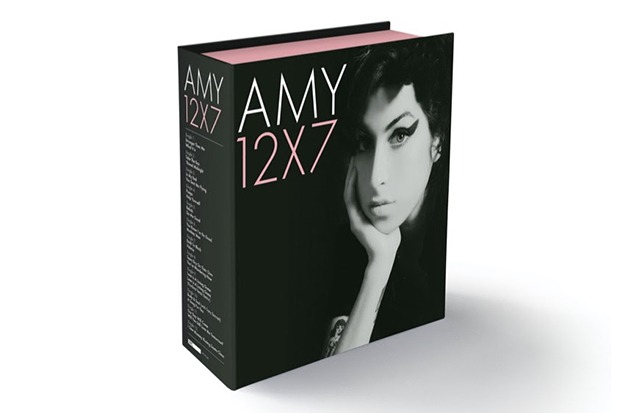 Amy Winehouse’s record label is releasing two boxsets later this year. The first to arrive on November 20 will be 12×7: The Singles Collection. The title is pretty self-explanatory. It houses a dozen 7″ vinyl singles taken from the Brit’s two studio albums, Frank and Back To Black, as well as the posthumous Lioness: Hidden Treasures. According to the press release: “The singles will be housed in individual picture sleeves and pressed on black vinyl. The deluxe box also features a 20-page lyrics booklet and a set of art cards.”

But wait, there’s more! 12×7: The Singles Collection will be followed by a 5-CD boxset called The Collection on December 4. It includes Amy’s three albums as well as two previously unreleased discs — Live In London, a concert recorded at the Shepherd’s Bush Empire, London in 2007 and a collection of remixes including the Mylo remix of “Fuck Me Pumps” and the Jay-Z remix of “Rehab.” You can pre-order 12×7: The Singles Collection here and The Collection here. Follow those links to see the respective tracklists.