TWICE Drops English Version Of “I CAN’T STOP ME” 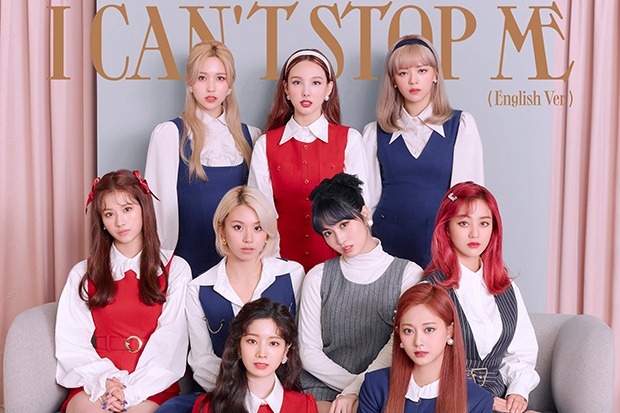 ’80s-channeling dance-pop has staged a major revival in 2020 thanks to acts like Dua Lipa, Kylie Minogue and Miley Cyrus, but the trend has also reached South Korea. K-Pop queens TWICE serve retro bangers on Eyes Wide Open (pre-order a physical copy here) including the instantly-addictive “I CAN’T STOP ME.” The 9-member troupe now rolls out an English-language version, which demands your full attention. “I’m hearing all the alarms ring-a-ling, they go off every time that we’re face to face,” they begin the song. “Why is it so hard to resist?”

“I’ve been caught under the spot, spot, spotlight, I wanna cave in to the dark side calling to me,” TWICE coos over crisp synths on the chorus. “The ending’s obvious, I know it’s not right — I can’t stop me.” It turns out, the group recorded the English language version for fans (who are known as ONCE). “We wanted to show a different side of us to ONCE with the English version of ‘I CAN’T STOP ME,’” they explain in the press release. In addition to rolling out the translation, TWICE also performed the original on Colbert. Check out both below.