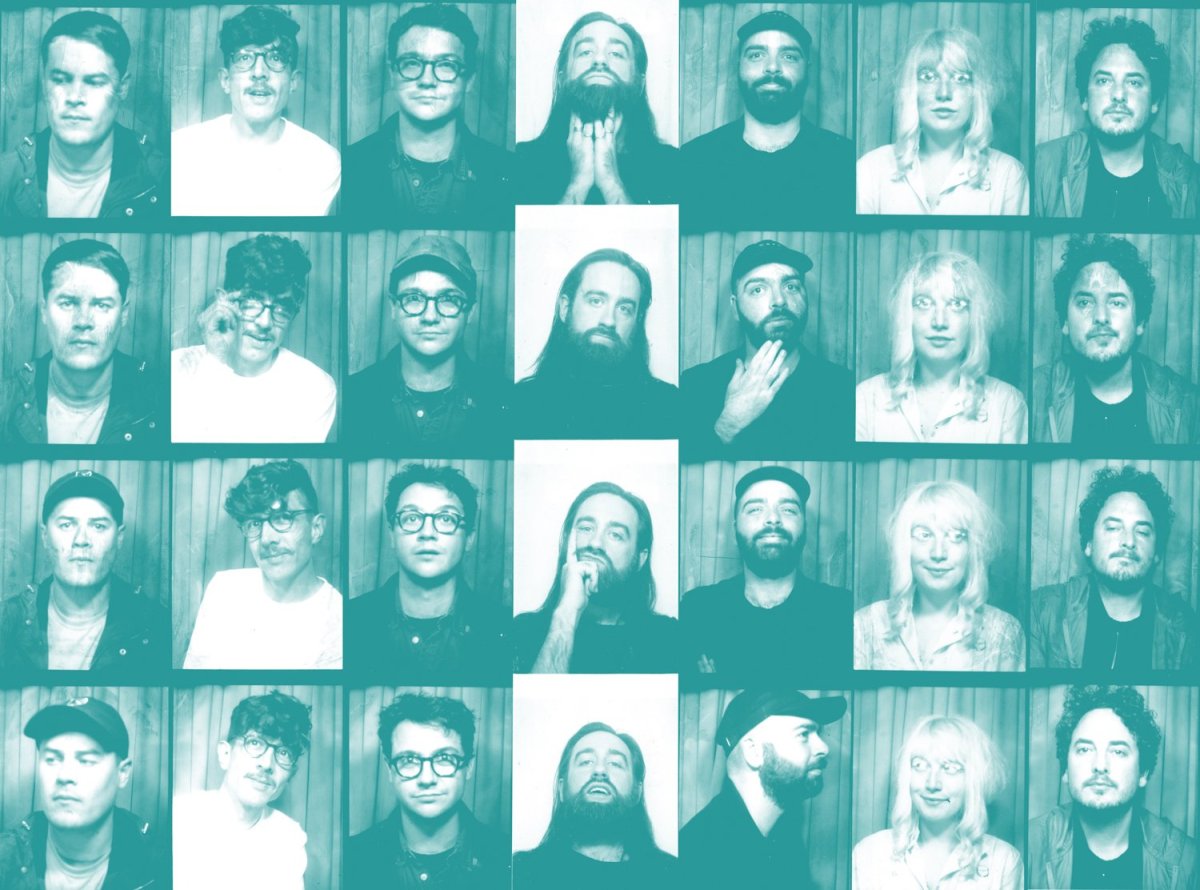 Welcome to the first Tracks of the week of 2022!! Every week we seek out the most exciting new sounds, follow our playlist here, with new music added every week.

Why we love it: Welcome to Holodrum. A brand new band featuring members of Hookworms, Yard Act, Cowtown, Virginia Wing and Drahla, Holodrum comprises Emily Garner (vocals), Matthew Benn (synth/bass/production), Jonathan Nash (drums), Jonathan Wilkinson (guitar), Sam Shjipstone (guitar/vocals), Christopher Duffin (sax/synth) and Steve Nuttall (percussion) and together they create a rather fabulous sound if new single ‘Free Advice’ is anything to go by. ‘Free Advice’, heralding the arrival of the band’s self titled debut album which will be out on February 25 via Gringo Records and Dinked Editions, strides onto the discotheque dancefloor leaving a delicious pulsebeat trailing in its considerable wake. (Simon Godley)

The Howl & The Hum – Thumbs Up

Why we love it: Ahead of their January Revive Live Tour, which kicks off on the 19th of the month in Stockton-On-Tees, The Howl & The Hum have just released their new single ‘Thumbs Up’. Speaking about ‘Thumbs Up’, the band’s singer Sam Griffiths says “This song was written in the silence after suicides of friends, during depressive episodes, and over non-existent conversations about how we communicate our feelings: our highs, our lows, our loves and losses.” A deeply poignant reflection upon grief, loss, personal relationships and difficulties in communication, ‘Thumbs Up’ is complemented by a powerful video from the renowned Australian filmmaker Matthew Thorne shot in an ex-coal mining commuter settlement in the heart of the Rhondda Valley of South Wales. (Simon Godley)

Why we love it: And the anticipation continues to grow. It is now less than a month until The Delines release their third studio album, The Sea Drift, and they have now drip-fed us the third single to be taken from it, ‘Kid Codeine’. The video for the song shows The Delines’ singer Amy Boone strolling round St. Johns bearing first-hand witness to the changing face of this neighbourhood in the band’s home city of Portland, Oregon. No such metamorphosis of The Delines’ signature sound, though, as they once more mine their deep rich seam of classic country soul with another exquisite tune that tells the true story of a couple that the band’s principal songwriter Willy Vlautin’s had met back in the 1990s on one of the first tours with his former outfit Richmond Fontaine. (Simon Godley)

Why we love it: “We drop in on a body in motion, in and out of the light. When language fails, and there is only the feeling, the body has to keep moving.” Carson McHone is talking about the self-directed video which accompanies ‘Still Life’, the title track from her third album which is out on the 25th February through Loose. The American singer-songwriter could just as equally have been talking about the song itself. As with all the material on the forthcoming album, ‘Still Life’ was recorded away from her home state of Texas in Ontario with the Canadian musician and producer Daniel Romano and it captures a sense of liberation, of somehow being removed from all that has just gone before. This freedom is reflected in the music as Carson McHone steps confidently away from her more established country roots and arrives at pace with a richer, more complete sound. (Simon Godley)

Baba Ali – Living It Up

Why we love it: Baba Ali‘s addictive new single ‘Living It Up’ comes out via ZEN F.C., the label run by Yard Act members James Smith and Ryan Needham. A bouncy hyperactive slice of electro pop, that intersects the lines of Talking Heads and LCD Soundsystem, it’s the sound of trying to escape lockdown in your head. It’s taken from their forthcoming double A-side 7” ‘Living It Up / Black & Blue’, due for release on 18 February 2022.

On the new single, Baba Ali shares: “We first started work on ‘Living It Up’ and ‘Black & Blue’ during 2020, which was, in spite of all the challenges, a very fruitful creative period for us. At the end of the summer 2020, we decided to set these songs aside to work on the album, Memory Device with Al Doyle. After touring the new record in the fall, we returned to the abandoned songs and immediately realised that they felt even more relevant to how our live performances on stage have become. The songs also feel like a bridge between what we’ve released so far and the direction we are heading in. We’re doubly excited that we’ve been able to share this release through Yard Act’s label Zen F.C.” (Bill Cummings)

Why we love it: Boy Harsher, the Northampton-based duo of vocalist/lyricist Jae Matthews and producer Augustus Muller, have shared a third and final pre-release single from their forthcoming album The Runner (Original Soundtrack) out January 21st, 2022 via Nude Club/City Slang.

‘Machina’ is a HI-NRG homage performed by Mariana Saldaña of Boan, sung in both Spanish and English. With a bubbling catchy electro pop sound influenced by Propaghanda and Italo – disco, that’s enigmatic vocals provided by MS BOAN houses an up-tempo cautionary tale about the rise of technology. Saldaña describes a cold, sterile entity, the Machine, that is soulless and without a heartbeat. The cryptic message repeats throughout the song – “I can’t spend tonight with you, I can’t dance with you, I can’t end my night with you, I can’t feel your heart beat too.” The implication is that contemporary obsession with the ‘Machina’ is a lonely reality. The content is dark and intentionally witty: who are you going to dance with, when the machine is your only companion? (Bill Cummings)

Why we love it: Stockholm-based trio VERO announce that they have signed to PNKSLM and share new single ‘BEG!’ A slice of infectious, twitchy buzzing grunge-pop that intersects the nonchalance of early Elastica and welds it to the menace and guitar hooks of early Hole, the band say “BEG! is about dysfunctional relationships, but most of all it’s a song about anger. We wanted to write something that oozes anger, and we think it does. It’s our favourite song to play live and it really sets the vibe for what’s to come.”

Julia Boman and Amanda Eddestål started playing together as teenagers, forming a rock band at the age of 17. Clara Gyökeres joined the fold after a chance meeting in a Stockholm club and the trio started DJing together before eventually forming a band. Together, they experiment with genres and references, challenging the idea of what a modern guitar band is supposed to be. They will release their debut album in 2022 – watch this space! (Bill Cummings)

Why we love it: ‘happiness’ is the gorgeous latest single from LA’s Gracie Gray and the third single to appear from her upcoming anna LP, out 4th February on London label Hand In Hive Records (TV Priest, Wyldest, Blackaby). Accompanied by a charming and heart melting video featuring home VHS footage from her childhood as Gray interacts with the video, this hushed and haunting song gently envelopes you, her wistful tone and affecting couplets encapsulating the themes of longing for childhood innocence and simpler times with hints of the likes of Phoebe Bridgers and Hand Habits, Gray is carving her own place in our hearts. “‘happiness’ is about longing for childhood innocence. It’s something that can never be fully recaptured, but the video shows that these younger versions of ourselves are still alive inside of us.” (Bill Cummings)