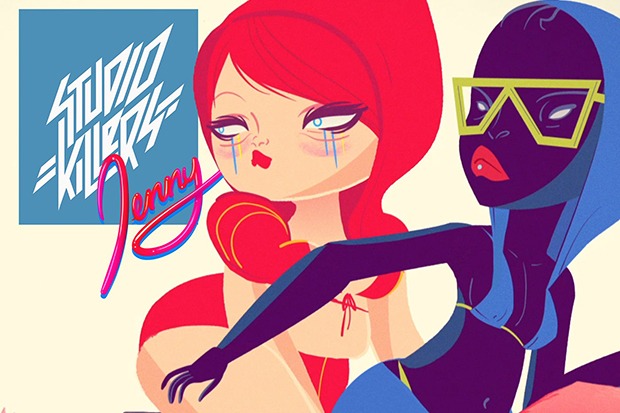 TikTok really is a world unto itself. One minute it’s breaking new releases (think Doja Cat’s “Say So”), the next it is reviving the dead. From Melanie Martinez’s 2015 bonus track to “Play Date” to Fleetwood Mac’s seminal 1977 smash “Dreams,” there is no used-by date on the app. The latest song to have an unexpected second act is Studio Killers’ “Jenny (I Wanna Ruin Our Friendship).” Originally released in 2013, the virtual pop group’s banger was embraced by LGBTQIA+ users earlier this year and promptly exploded.

“Jenny (I Wanna Ruin Our Friendship)” has now been picked up by Atlantic Records and Studio Killers now has new music slated for 2021. So, what’s the appeal? The tune documents the very relatable queer experience of falling in love with a straight friend. “Jenny, darling, you’re my best friend, but there’s a few things that you don’t know of,” vocalist Cherry sings. “Why I borrow your lipstick so often, I’m using your shirt as a pillow case.” That takes us to the catchy chorus: “I wanna ruin our friendship, we should be lovers instead.” Listen below.