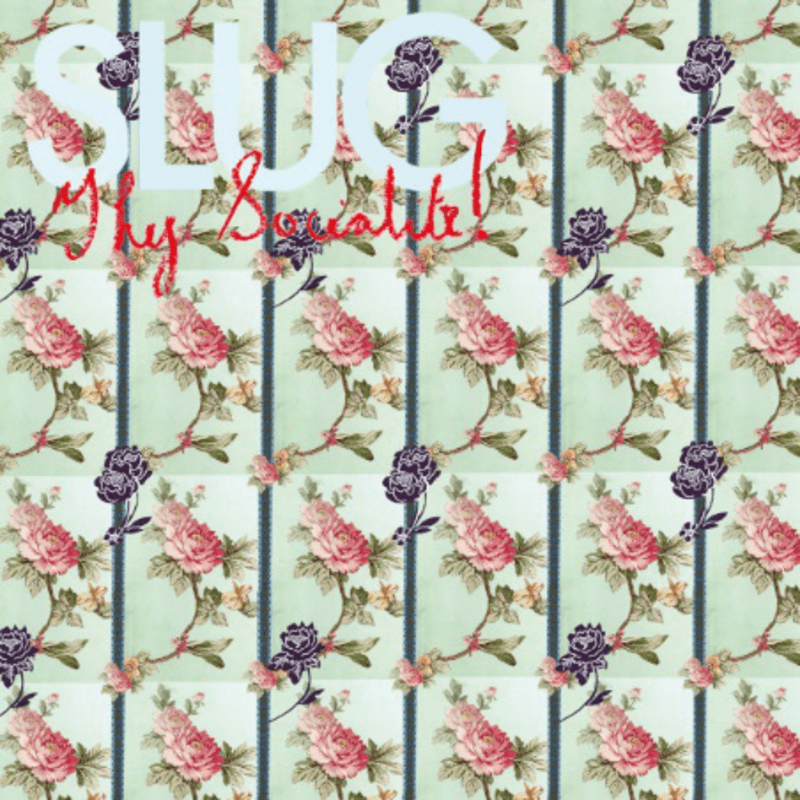 That was honestly my initial reaction upon hearing Thy Socialite!, the third album from touring Field Music man Ian Black under the moniker Slug. And yes, I know it’s meant to be capitalised but to be perfectly honest, so many artists do that “Ooh our name has to be all in lower case/upper case/with an umlaut on the top/half in caps and half not” nonsense these days that, in that respect, Slug really CAN fuck off. We can’t change this until we make a stand!

Perhaps I was a tad hasty in my assessment of the record itself. On the surface, it seemed as though Black had deliberately set out to sabotage himself by using, as his blueprint, every ‘uncool’ rock act in history, which was maybe what triggered my initial reaction.

It was about a week later when I realised I was STILL playing this damn album in my car every day. You don’t keep playing something for a whole seven days if you don’t like it, do you? With repetition, the record becomes like some of the hits of the past that you maybe weren’t over keen on at the time but when you hear them years later, they’re like a breath of fresh air.

Plus you start to notice the ‘cooler’ bands’ lights shining through as a feasible template. The Beach Boys on ‘Be A Good Martyr!‘, Sparks on several compositions, most notably ‘Honestly Subjective ‘Bout Your Own Thing‘ or ‘Silly Little Things That We Do‘ before ‘Cut of Your Jib‘ which I can’t tell if it’s meant to be a piss take or not, lying somewhere between Saxon and Spinal Tap.

So yeah, it seems my instant, potty mouthed reaction was some way wide of the mark. Thy Socialite! crawls with a nostalgic charm that you never knew you wanted and actually contains a fair few whoppers such as the addictive ‘I Love That Actually‘ or the refreshingly ‘in your face’ recent single ‘Instant Reaction‘ which is, at times, redolent of 1970s glam rockers Sweet.

Slug’s third album is packed with fun and frolics and really is a blast. Just give it a chance, OK?!!!

Thy Socialite! is out now on Daylight Saving Records.