Should Have Been Bigger: Jessica Simpson’s “A Public Affair” 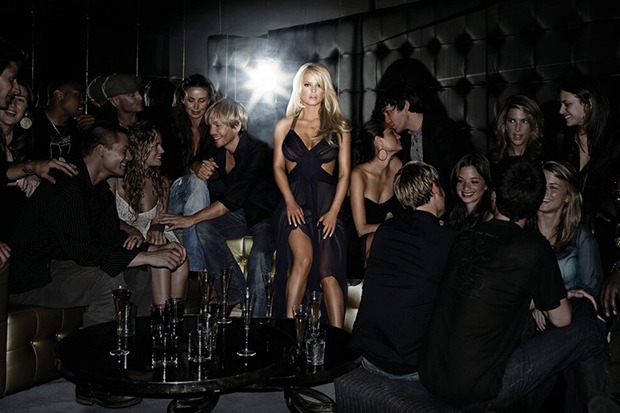 Let’s just get this out of the way. Jessica Simpson’s “A Public Affair” was a substantial hit. The sugary sweet bop peaked at number 14 on the Billboard Hot 100 and charted around the globe. However, this was a case of a song debuting high and then disappearing. Which boggles the mind because the synth-pop anthem ranks as one of the better lead singles of the ’00s. It also has the rare honor of being so deeply derivative that it felt like an old favorite from the very first listen. But more about that later.

“There go the street lights, the night’s officially on,” Jessica begins the song. “I got the green light to do whatever we want.” That takes us to the “Ain’t No Mountain High Enough”-sampling, “Holiday”-interpolating chorus. “All the girls stepping out for a public affair, (all night, that’s right, ’cause the party don’t stop),” she sings breathily. “All the cameras come out for a public affair, (who cares, let’s rock, ’cause the party don’t stop).” Cribbing from icons like Diana Ross and Madonna could have gone terribly wrong, but this gem positively oozes charm.

Why didn’t “A Public Affair” perform better? With its retro-influences, the track sounded wonderfully — yet obviously — out of place on pop radio. The genre was moving towards bone-rattling electronica and a light and airy, sing-along ditty was considered somewhat old-fashioned. Which is a shame, because this is one of the true feel-good moments of the ’00s. Jessica’s similarly-titled album was full of equally cute bops, but they got buried when her label decided to release a boring ballad as the second single. Revisit “A Public Affair” below.