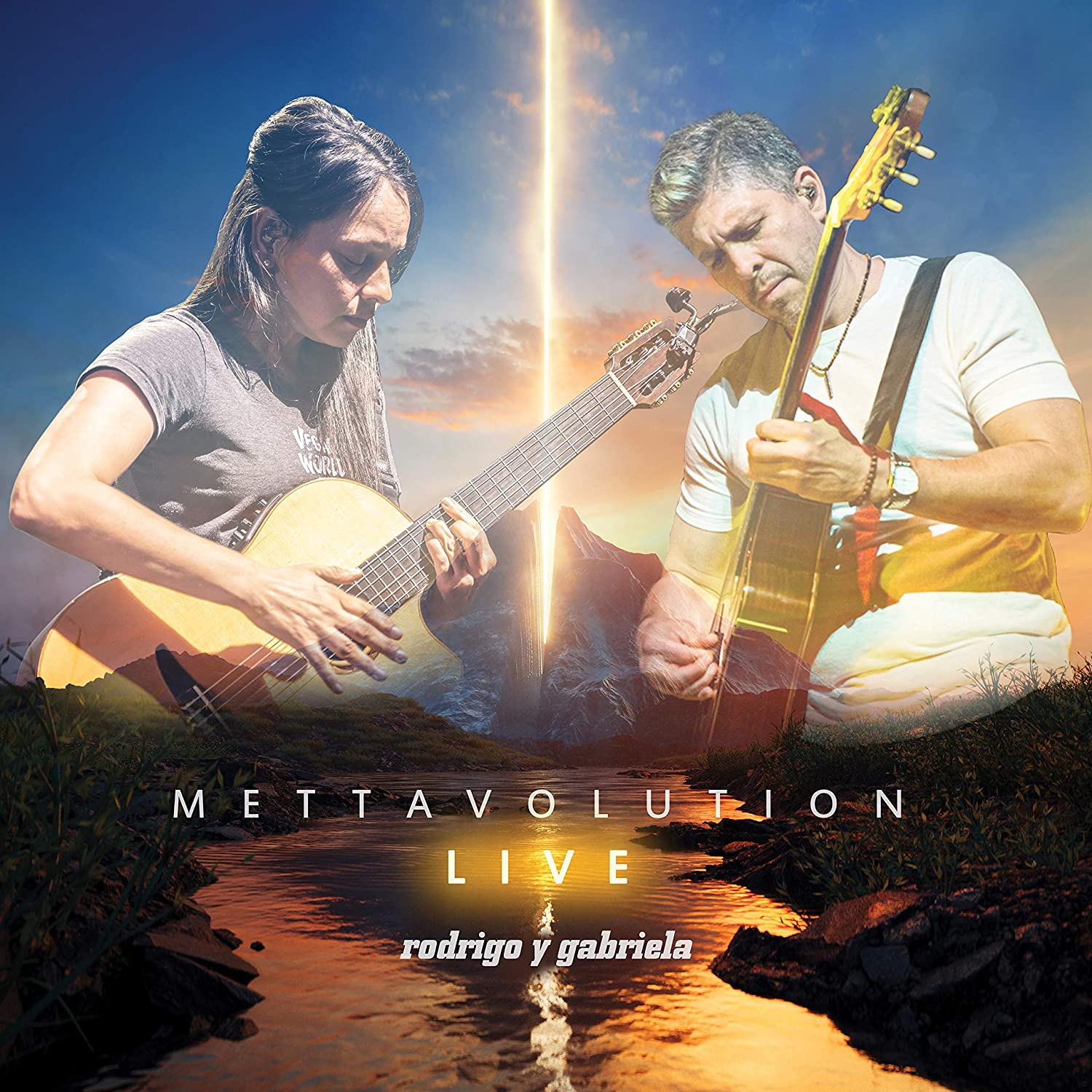 RUBYWORKS/ATO With their 2019 studio set Mettavolution having earned them their first Grammy for Best Contemporary Instrumental Album it shouldn’t come as a surprise that Rodrigo y Gabriela’s follow-up is a doublelive release that reprises all seven tracks from the studio set and expands beyond them into the duo’s earlier catalog. Among the additional six songs performed at this LA show, produced by Dave Sardy, are some of RyG’s earliest, including “11:11,” from the sametitled 2009 album, and both “Diablo Rojo” and “Tamacun,” the lead cuts on their eponymous 2006 second album. Mettavolution Live doesn’t so much attempt to redraw the songs that fill it; rather, the guitarists are mostly content to bring an extra dollop of fire and flash to the source material. But that’s OK because it all flourishes gloriously in front of an audience. The showcase on this set, undoubtedly, is Pink Floyd’s “Echoes”—already 18 minutes long on the studio album, it grows to 21-plus here, with Rodrigo and Gabriela feeling their way tentatively through the first half or so—exploring the number’s melodic nuances—before cranking the volume and tempo. By the time they’ve begun to bring things down in the final few minutes, they’ve somehow managed to capture the mystery and breadth of Floyd’s original and surpassed their own initial treatment by imbuing it with enticing layers of sound. Other songs from the studio version, including the intense and spellbinding “Witness Tree” and the stomping title track, serve as reminders that Rodrigo y Gabriela are a remarkably simpatico pair of players. And, while the earlier tunes might not take on a new life, they remain exhilarating listens nonetheless. Please enjoy this full-length feature from our September Issue. Not a subscriber? Show your support for only $2/month