Premiere: CANNONS Rolls Out ’70s-Themed “Fire For You” Video 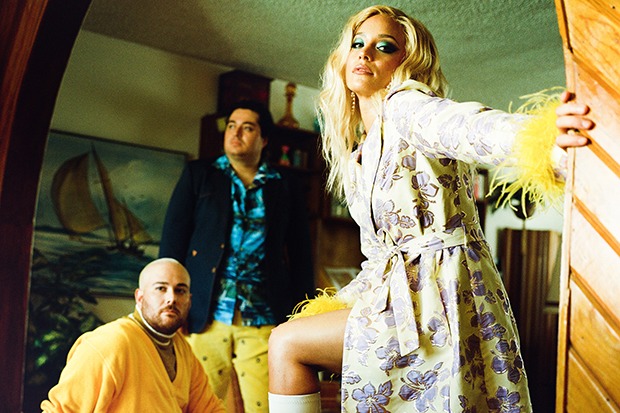 LA-based trio CANNONS has a viral hit on their (collective) hands with “Fire For You.” The dreamy, disco-tinged anthem, which featured on Netflix’s Never Have I Ever, has amassed more than 10 million streams on Spotify — a number that will increase exponentially with the arrival of a striking, ’70s-themed visual. Frontwoman Michelle Joy plays a runaway bride, who seemingly flees the alter in favor of a roller disco. She is accompanied by bandmates/groomsmen Ryan Clapham and Paul Davis, who rock baby-pink suits.

“This is a song about getting your heart ripped out and finding a sense of closure through the camaraderie of your friends (or bandmates),” CANNONS explains. “We were excited to finally have the opportunity to take a cinematic approach to define our sound visually with the help of Director, Ryan Rundle, Cinematographer, Corey Jennings, and Production Designer, Francesca Palombo.” The result is a memorable visual that captures the retro influences and mood of the song perfectly. We are very excited to premiere “Fire For You” below.