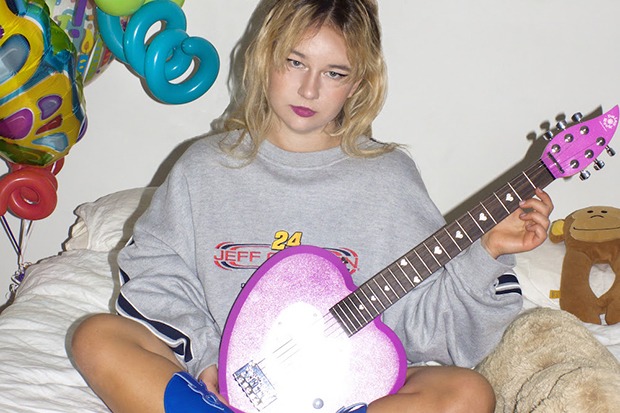 Australian alt-pop artist Mallrat has had an unusually low-key 2020, but she makes up for it by dropping the best single of her career. (Okay, maybe it’s a tie with “Groceries”). Produced by Tommy English, “Rockstar” is a throwback to the soft-grunge and dream-folk of the ’90s. “You’re my darling, I’m on stand by,” Grace Shaw (her real name) begins the song over groggy guitars. “Doesn’t make sense, don’t understand why.” It turns out, our heroine doesn’t know where she stands in a relationship — so, she looks to the future.

“Maybe I’ll fall in love with a rockstar, we’ll be married forever,” Mallrat sings on the chorus. “I’ll forget all about you one day, maybe when I’ve won all the Grammys.” How does the 22-year-old describe the track? “I feel like ‘Rockstar’ reminds me of a mix between Lana Del Rey, Kacey Musgraves and Violent Soho.” She then addresses the subject matter. “A lot of the songs I’ve been writing lately have been me realizing my power.” The breakout star is particularly proud of the chorus.

“I’ve always thought of myself as a whisper singer and not even a very good singer, but when I listen to the chorus of ‘Rockstar’ it reminds me that I have more range than I probably even give myself credit for,” Mallrat reveals. Watch the adorable visual, which is comprised of animated bunnies, below.