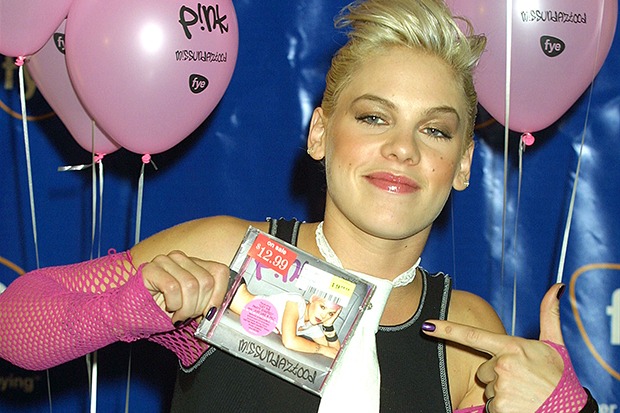 It’s one thing to reinvent yourself decades into your career, it’s another to do it after your debut album. But that’s exactly the feat Pink pulled off on 2001’s superstar-making M!ssundaztood. After establishing herself as an R&B/pop artist on Can’t Take Me Home (I will defend “There You Go” with my dying breath), the then-teenager scrapped her sound and image. Instead of urban-leaning bangers and fuchsia-colored hair, Pink returned with a pop/rock opus and a grittier aesthetic. And the risk paid off.

“Get The Party Started” became a massive hit around the globe in 2001, while stone-cold classics like “Don’t Let Me Get Me” and “Just Like A Pill” built on that momentum. M!ssundaztood went on to sell a whopping 12 million copies around the globe and earned Pink a Grammy nomination for Best Pop Vocal Album. In many ways, it remains the blueprint for all of the fiery pop/rock anthems and musical detours that followed. Revisit the iconic era by clicking through our gallery up top.