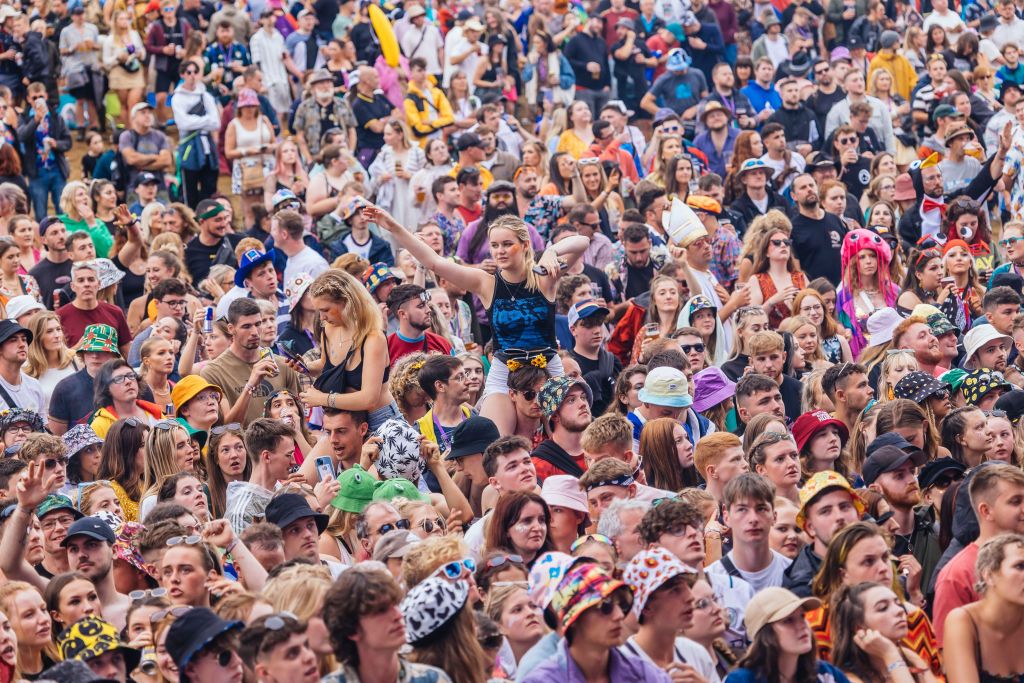 Kendal Calling Festival has released its line-up for its 16th edition, taking place on the last weekend of July 2023. Set in Lowther Deer Park in the beauty of the Lake District, it’s one of the UK’s most beloved festivals. They have announced their four headliners, alongside over 100 more unmissable acts.

It was revealed today that Nile Rodgers & CHIC, Kasabian, Royal Blood, and Blossoms will be fronting the stage at Lowther Deer Park. Nile Rodgers & CHIC make their anticipated return to the mainstage of Kendal Calling, with hits like ‘Le Freak’ and ‘Good Times’ sure to make their set truly unforgettable. Nile Rodgers is a decorated musician with multiple Grammy Awards, while being inducted into both the Rock & Roll Hall of Fame and the Songwriters Hall of Fame. The legendary guitarist and producer said, “The last time we played Kendal Calling was epic and one of my favourite shows ever. We are excited to be back this year for more good times!”

The Brighton rock duo, Royal Blood, make their Kendal Calling debut this summer. They have proven themselves as one of the UK’s most striking modern rock bands, being nominated for a Mercury Prize and winning a BRIT Award.

Blossoms have cemented themselves as firm festival favourites over the years, now being part of the Kendal Calling family. Indie bangers such as ‘Charlemagne’ and ‘Your Girlfirend’ are sure to be the highlight at Kendal this summer.

The enormous acts do not stop there, however, as there are 80 more unmissable artists visiting Lowther Deer Park in July. Kaiser Chiefs bring their intensive catalogue of stadium belters to the festival, while Wigan indie four-piece, The Lathums, were announced ahead of their highly anticipated second album From Nothing To A Little Bit More arriving in March. Kendal Festival promises music from old to new, as the iconic Rick Astley will be performing, as well as Happy Mondays, who will certainly bring the party as Saturday’s special guest opener. Melanie C has also been announced on the line-up, ready with pop bangers like Never Be The Same Again and I Turn To You. Other acts performing include rapper and record producer Example; folk-punk singer-songwriter, Frank Turner; feel good dance-pop duo, Confidence Man; BBC Sound of 2020 winner and one of the most exciting rising acts, beabadoobee; north-west rockers Circa Waves, who have recently released their album Never Going Under ; recently reunited midlands band The Enemy, who have just come off the back of a UK tour; Reading rock band The Amazons; Scottish singer-songwriter, KT Turnstall, who last year released her album NUT; and, Scouting For Girls, who are no strangers to festival crowds with their timeless classic ‘She’s So Lovely’.

The rich quality of acts continues with Reverend & The Makers, The Hunna, The Murder Capital, Vistas, Kiefer Sutherland, We Are Scientists, Lottery Winners, and Tim Burgess, who will be bringing back the much-loved Tim Peaks Diner.

Tim Burgess has said: “Kendal Calling has always been a favourite of The Charlatans – and even more so as Tim Peaks has been there since 2012 and I’ve felt like part of the family. Looking forward to heading back there in July, got me a solo gig, some listening parties, a DJ set and maybe a couple of surprises too.”

To find out more information about the line-up, visit here.

Festival Co-Founders Andy Smith and Ben Robinson said, “After an absolutely stunning festival last year, we cannot wait to get back in those fields! With Kasabian, Royal Blood, Blossoms, Nile Rodgers & CHIC, Kasier Chiefs, Rick Astley, Annie Mac – the line-up is looking absolutely stacked. All we need now is a bit of sun and we’ve got the perfect weekend!”