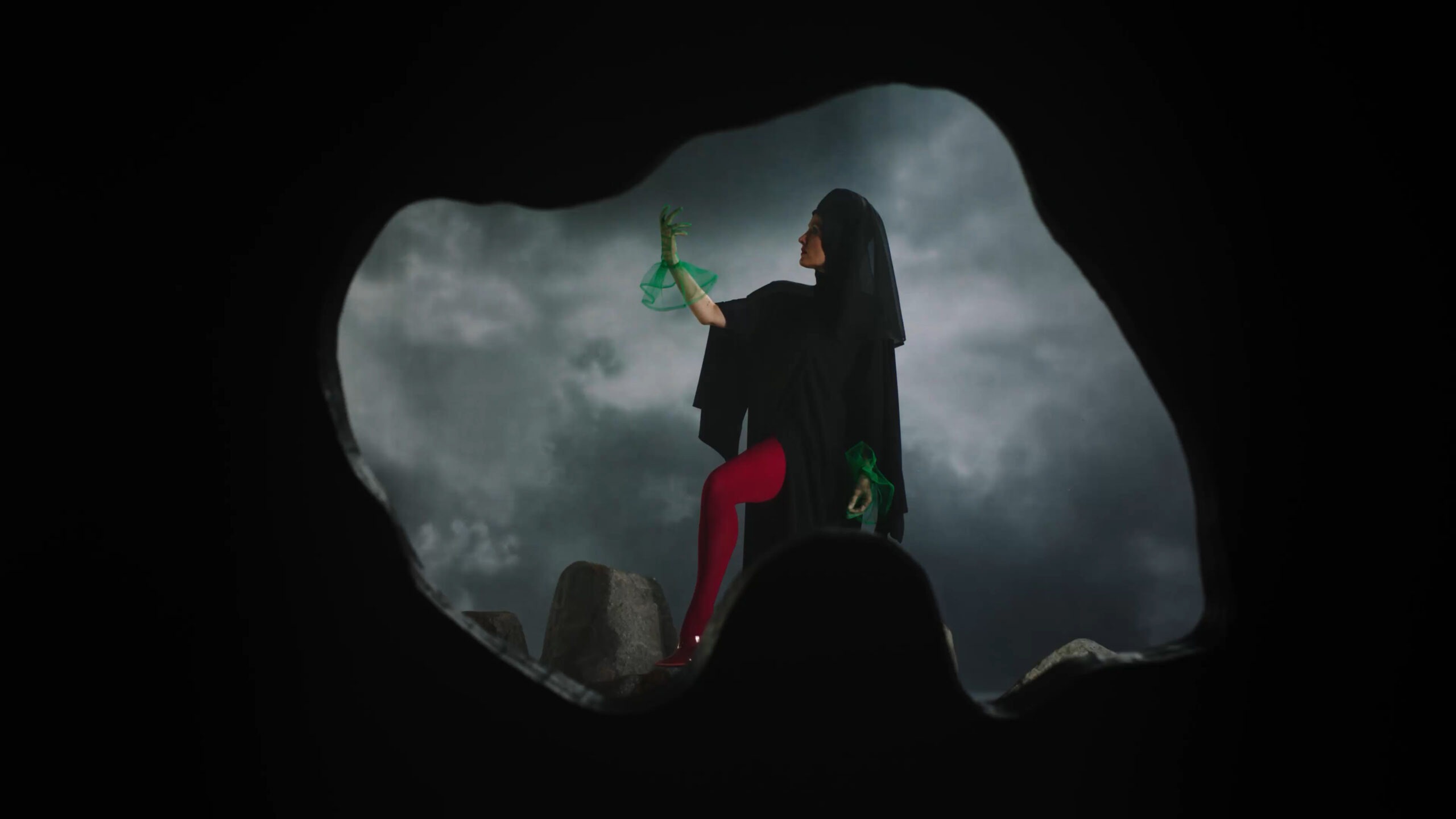 Cate Le Bon has shared her new video for ‘Moderation,’ her elegant new single off of her forthcoming album, Pompeii, out February 4, 2022 on Mexican Summer. That pairs Le Bon’s elegant artful vocals with strutting bass and gradually enveloping sax.

Le Bon says ‘Moderation‘ is “a nod to the daily dilemma of trying to curb inherited and novel habits, when you want to eat the moon, and an essay written by the architect Lina Bo Bardi in 1958 that continues to kick hard.” The playful video below was directed by Juliana and Nicola Giraffe of Giraffe Studios and filmed through a window of Bardi’s.

“The songs of Pompeii feel suspended in time, both of the moment and instant but reactionary and Dada-esque in their insistence to be playful, satirical, and surreal.”

Pompeii is Le Bon’s sixth studio album, and the follow-up to 2019’s Reward. Written primarily on bass, Le Bon plays every instrument (except drums and saxophones) and recorded the album largely by herself with long-term collaborator and co-producer Samur Khouja in Cardiff, Wales. Enforced time and space pushed boundaries, leading to an even more extreme version of Le Bon’s studio process – as exits were sealed, she granted herself “permission to annihilate identity.” A global pandemic plus climate emergency’s colliding eco-traumas resonate all too eerily. “What would be your last gesture?” she asks. But Pompeii reaches past the current crises to tap into what Le Bon calls “an economy of time warp” where life roils, bubbles, wrinkles, melts, hardens, and reconfigures unpredictably, like lava—or sound, rather.”