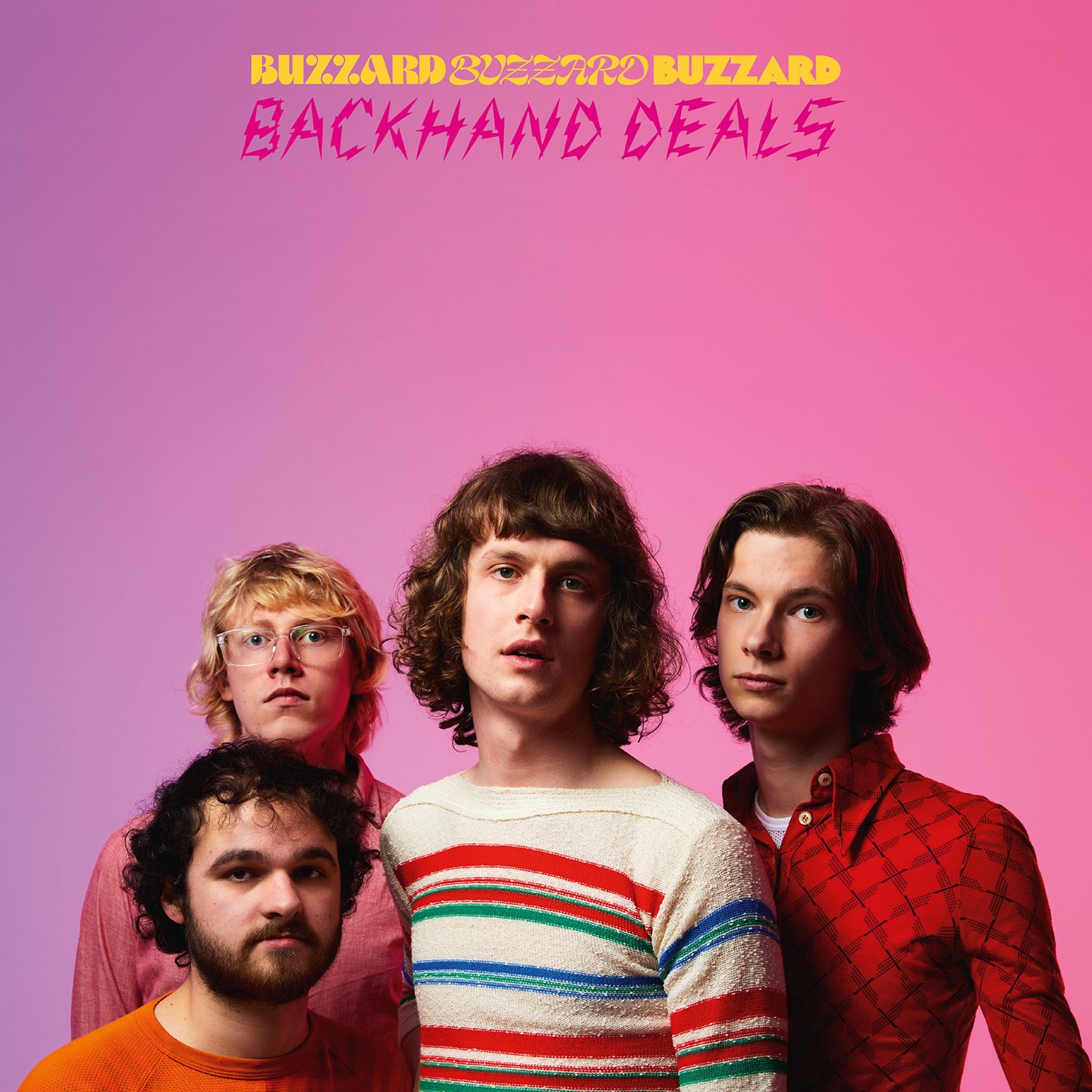 The album will be out on 25th February 2022 on Communion Records, and can be pre-ordered now, here.

They will also follow their triumphant Cardiff Castle gig, support slots with The Blinders and two nights residency at The Social, London in October with a huge gig in the English capital at the legendary Scala, Kings Cross on 10th March. Tickets available here.

Speaking about the album, main man Tom Rees says “Backhand Deals is a practise in subverting the ideology of rock music as something that needs to be ‘brought back from the dead’. Rock should be about enjoying yourself honestly, whether that’s washing the dishes, sweeping the yard, or complaining about whoever got elected. Rock is a sweeping power, and is attributed to anyone who performs art honestly, from Lizzo feeling good as hell to AC/DC riding down a highway to hell. The honesty is the same, and the honesty prevails”.

The video is ode to Orange Juice, but we’re not talking the 80’s Edwin Collins fronted Scottish band, we’re talking the liquid squeezed from the fruit.