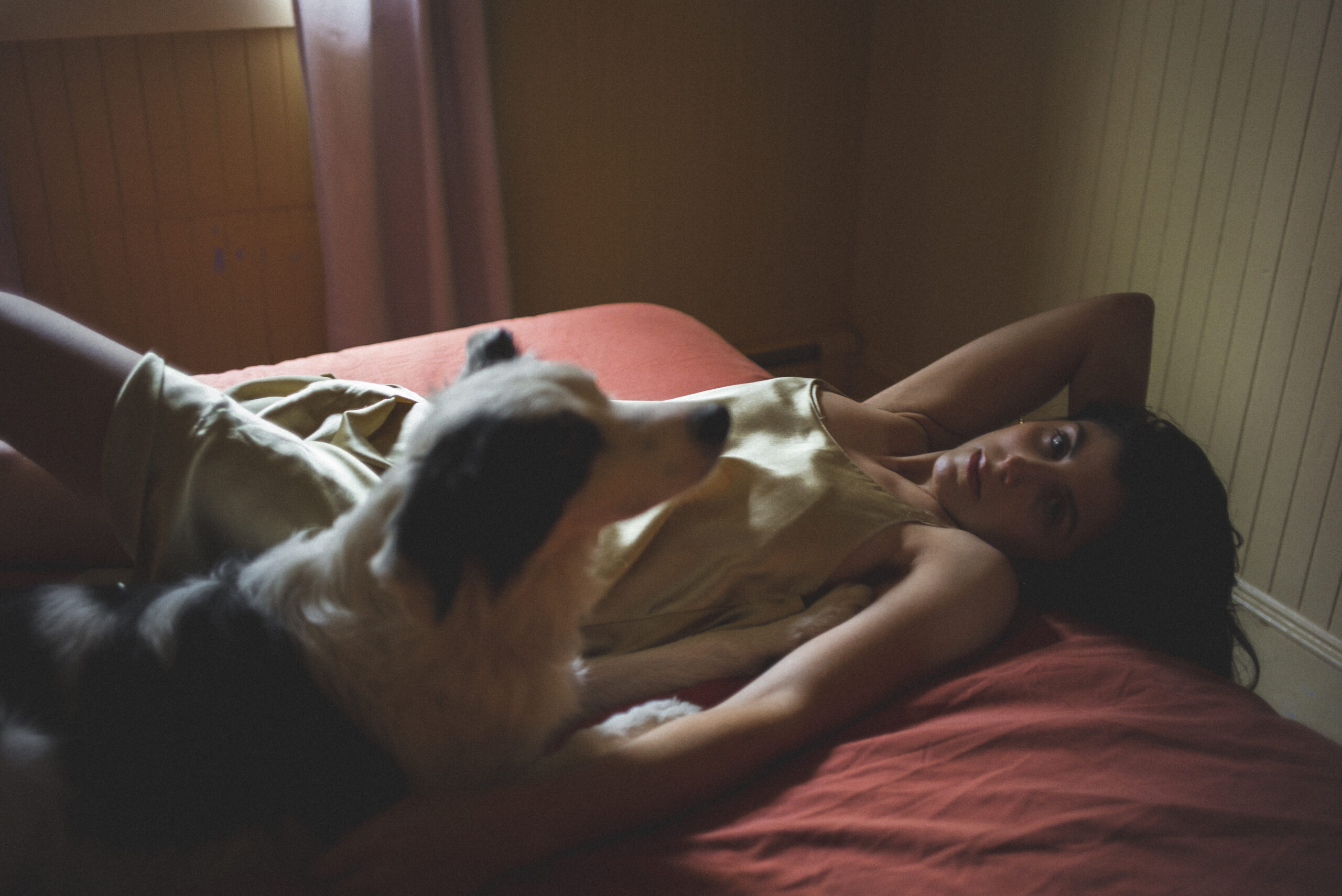 Ada Lea (the moniker of Alexandra Levy) has shared a new single/video, ‘partner,’ from her forthcoming album, one hand on the steering wheel the other sewing a garden, out September 24th on Saddle Creek. It’s the follow-up to previously-released singles, the naggingly infectious ‘damn’ and the slow burning ‘hurt.’

Throughout ‘partner,‘ Lea sings tenderly and with wide eye’d revalation late at night. Her intoxicating narrative lyrics about an introspective evening unfurls over the pitter patta of piano, synth, and a drum machine: “the cab lets me off at the diner // just for memory’s sake // and I sit at the same booth // with tears in my eyes // begging won’t you admit you’re giving up on me too quick.” Levy describes it as “a song about moving through a memory… an involuntary memory that steals up on you the night after a rager (which takes place the morning after the song ‘damn’).” The accompanying cinematic video, directed by Erica Orofino, features Levy as she moves through memories and the city.

‘partner’ is one of the stories that make up one hand on the steering wheel…As a whole, these tracks chart unavoidable growth that comes with experience. On one hand, it’s a collection of walking-paced, cathartic pop/folk songs, and on the other a book of heart-twisting, rear-view stories of city life. The album is set in Montreal and each song exists as a dot on a personal history map of the city where Levy grew up. The city exists as both the location of and a character in many of these songs.