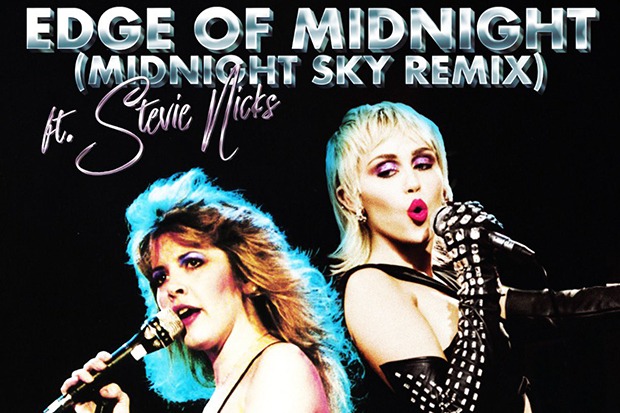 Surprise! Miley Cyrus shakes up New Music Friday by dropping a new collaboration with Stevie Nicks. They come together for “Edge Of Midnight,” which is essentially a mashup of Miley’s “Midnight Sky” and the Fleetwood Mac legend’s “Edge Of Seventeen.” The latter is sampled on the original version of “Midnight Sky,” but the remix incorporates the full hook and part of the chorus. Tinkering with a song as iconic as “Edge Of Seventeen” is fraught with danger, but this comes together beautifully.

“[Stevie] has always been my idol and an inspiration,” Miley introduced the duet on social media. “It’s an honor to now call her my friend and collaborator.” No doubt, “Edge Of Midnight” will give the first taste of Plastic Hearts a second wind. Not that it needs it — at least, outside of the US. The defiant disco anthem has been a huge hit around the globe, racking up more than 200 million cumulative streams. Expect that number to rise exponentially with the arrival of the remix. Fall in love with “Edge Of Midnight” below.