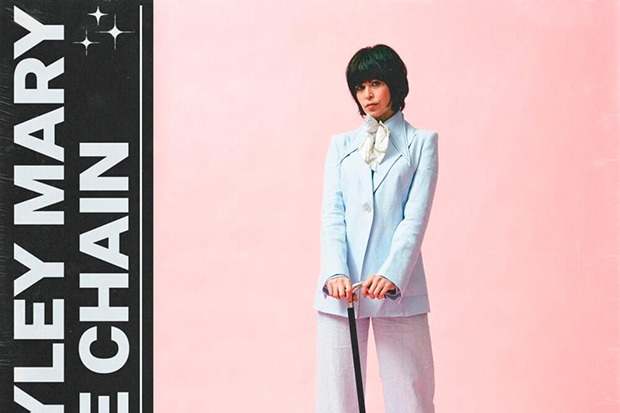 After pressing pause on The Jezabels, Haley Mary branched out on her own in 2019 and casually released one of the best singles of the year. “The Piss, The Perfume,” established the Aussie singer/songwriter’s solo chops, and she drove the point home by releasing a similarly-titled (and similarly-great) EP in early 2020. Momentum was on Hayley’s side, but then COVID-19 came along and put an end to promotional efforts. Instead of wallowing in self pity, she decided to write a song about twists of fate in general.

“I’ve lost so many dreams, through a hole in the world,” Hayley begins the seemingly upbeat anthem. “I could tear at the seams, any argument you care to put across.” That takes us to the infuriatingly catch chorus, which is equal parts The Pretenders and Sydney new-wave group Do-Ré-Mi. “The chain, it’s insane, I’d go anywhere with you,” the pop poet sings. “I’d go anywhere and we could make a brand new start.” How did the song come together? “The night I wrote ‘The Chain’ the pandemic was erupting around us all,” Hayley explains.

“I picked up the guitar and wrote what felt like, at the time, the saddest song I’d ever written. Sonically and melodically, however, it’s one of my most up-lifting.” Hayley then elaborates on the central metaphor. “It was a feeling I’d had before akin to depression that there is some kind of invisible magic chain holding me to the earth and keeping me from moving forward or climbing higher, which if I pull too hard on or try to escape from, seems to have devastating consequences behind or beneath me.”

However, the feeling was mixed with a curious sense of comfort. “But this time it was an odd sort of happy-sad because for the first time I felt like the chain not only held me down, it connected me to everything and everyone else.” Hayley continues. “For a brief moment, everyone could see it and feel it at exactly the same time.” Watch the jaunty visual, which was directed by Tyler Perkins, below.