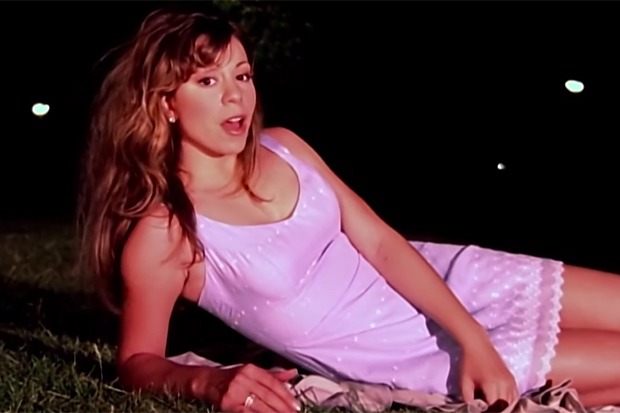 When I tell you I wasn’t ready. Mariah Carey’s “Underneath The Stars” reached mythological status in The Lambily when it was scrapped in the ’90s and then deemed lost for eternity by Mimi. Miraculously, the raw footage was discovered when the 5-octave angel was putting together The Rarities. It was painstakingly reconstructed and now, 24 years after it was recorded, the video is finally available to watch on YouTube. “The long lost video for ‘Underneath The Stars’ is finally here,” Mariah tweeted. “It’s one of my favorite songs from the Daydream album and somehow never got released.”

And it was worth the two-decade+ wait. Filmed during the living legend’s Daydream World Tour, the visual finds our queen laying on the grass and flipping through CDs in her tour bus. Most of all, it has an incredible soundtrack. The “GTFO” icon went full Minnie Riperton on this dreamy R&B ballad about young love. “And we drifted to another state of mind and imagined I was yours and you were mine,” Mariah sings on the chorus. “As we lay upon the grass, there in the dark, underneath the stars.” They sure don’t make ’em like this anymore! Watch below.